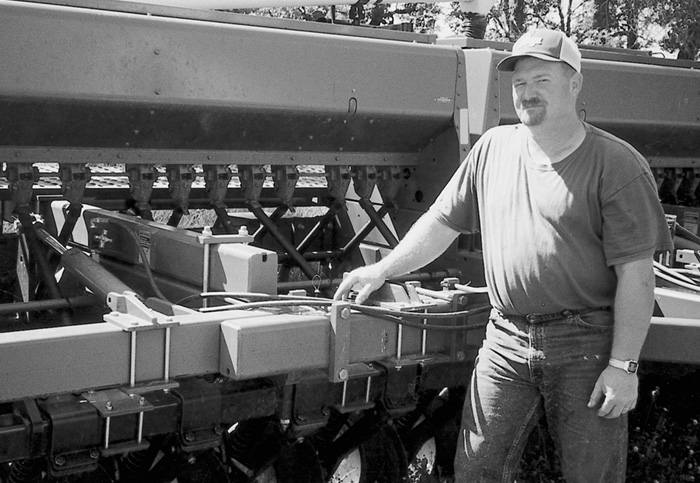 You have to be willing to experiment if you’re going to innovate.

I’d make a really poor conventional farmer. I’d get bored out of my gourd. I never liked cultivators and I’ve always said they should rename them “corn killers.”

Everyone wants something different out of farming. Some guys want to farm the entire Northern Hemisphere. I have a couple brothers like that.

Instead, I’ve always been a bottom-line farmer. I want to raise a big enough crop to make a comfortable living, but I want to have time to do other things too.

I farm less than 1,000 acres, all no- or minimum-till (making one spring field cultivation in some years). In 1992, I had the second-best profit per acre for South Dakota in a contest that was run by Ciba-Geigy and Successful Farming. And my yield was nowhere near the top yield in the contest.

Experimenters and innovators are a lot alike. You have to experiment if you’re going to innovate. I did a lot of row-width experimenting with a John Deere 750 no-till drill in the late ‘80s and early ‘90s. I solid-planted dwarf corn varieties and conventional hybrids in 7 1/2-, 15- and 22 1/2-inch rows.

It quickly became obvious to me that corn simply doesn’t care if it’s all lined up nice to look at, providing you give it the right growing environment. But I also found that if…

Getting Uncle Sam To Pay

The Last Farm Bill Ever?