Much Ado About Nitrates

By Lynn Grooms posted on January 1, 2002 | Posted in Nutrient Management

When it comes to reducing nitrogen concerns, no-tillers are leading the way.

The nitrate standard, which has long been set at 10 parts per million, does not accurately reflect real world situations. But it’s probably here to stay, maintains Jay Lehr, senior scientist with Environmental Education Enterprises in Ostrander, Ohio.

Lehr worked with the Environmental Protection Agency (EPA) in development of the nitrate standard at its inception and served on the EPA drinking water advisory committee from 1971 to 1978. In recent years, he’s been proposing a major change in the way these standards are set and regulated. 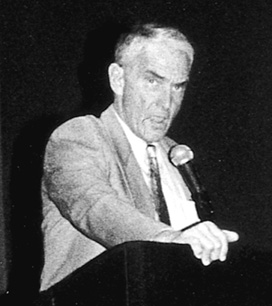 Lehr says the agriculture industry will have to live with the standard and continue to practice good stewardship. But new scientific findings in recent years should help farmers overcome some misconceptions about nitrates and farming’s ties to them.

“The EPA has known since the early 1970s that the standard is too low,” says Lehr. The drinking water advisory committee on which he sat had at one point convinced EPA officials to increase the standard from 10 to 20 parts per million.

While EPA staffers floated a proposal to make the change, environmental advocacy groups thwarted the effort, says Lehr. “Once you develop a standard, it’s difficult to loosen up on it,” he explains.

The discussion over nitrates goes back to the 1940s, when it was thought that they caused blue baby syndrome, a condition in which nitrates alter the ability of hemoglobin to carry oxygen throughout the body. Blood that is not oxygenated is blue, hence the name…

But What About Dealing With Those Yellow-Colored Soybeans?