The impact of cover crops, as well as longer crop rotations, will continue to be new territory for no-tillers to cover in the future, maintains Matt Hagny, a no-till equipment designer and crop consultant from Salina, Kan.

Because cover crops and crop rotations vary so much from region to region, you’ll need to carefully analyze local data and monitor specific practices that will boost no-till crop production in your area.

“We have trials out now, but few no-tillers are doing cover cropping consistently,” says Hagny. “It’s one of the new frontiers. We’ve tried lots of different things, but haven’t found the perfect cover crop yet.”

One of the farmers Hagny works with has consistently planted wheat as a cover crop between his cotton crops. However, he may switch to oats in the future.

Some of Hagny’s other no-till clients have tried several kinds of winter cover crops (such as sweet clover and red clover), but couldn’t get them to work effectively after wheat and transitioning to corn or grain sorghum the following year. “We tried seeding clover cover crops in the no-tilled wheat and also after wheat harvest, but didn’t see much success,” says Hagny.

The problems with planting clovers either in growing wheat or after wheat harvest have been mainly weed control issues. Since clovers grow slowly, they don’t provide enough shade and competition against weeds. Slow growth also reduces the benefits of growing a cover crop in the first place. 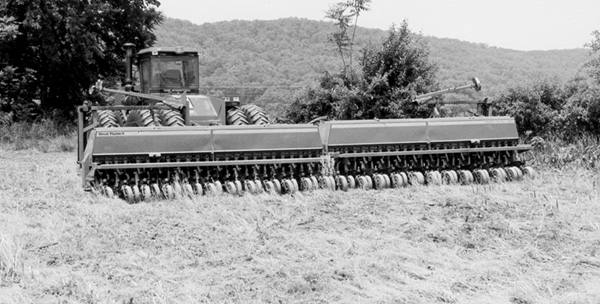 Working Through Challenges with Cover Crops in Sticky Soils