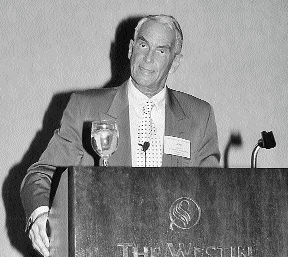 The Last Farm Bill Ever?

Never one to shy away from his beliefs, Jay Lehr, a senior scientist with Environmental Education Enterprises in Ostrander, Ohio, made a bold prediction about the new Farm Bill at the recent 11th annual National No-Tillage Conference.

“We’ve had a lot of bad Farm Bills; we’re not going to have a lot more bad Farm Bills,” Lehr confidently says. “I am going to predict that this is our last Farm Bill.”

The words left the luncheon room — which seated more than 660 no-tillers — speechless.

“It’s going to be our last Farm Bill because the problem with American agriculture has largely been the lack of free trade. We’ve never played on a level playing field,” Lehr comments. “We’ve faced all kinds of tariffs and protections around the world that never allowed us to work in a global market. But, that time is truly ending now.”

After years of struggling with heavy tariffs on the worldwide market, steps have been taken to begin sharply decreasing tariffs. While the United States tariffs currently stand at 19 percent, Europe and the rest of the world averages 62 percent, according to Lehr.

However, with the current trade bill in place, reductions in tariffs should be coming by January, 2005, which will mean bigger profits for American farmers, says Lehr.

The CSP focuses its efforts on improving water quality (runoff water), water quantity (retention of moisture) and air quality on farms. With farmers trying to improve…