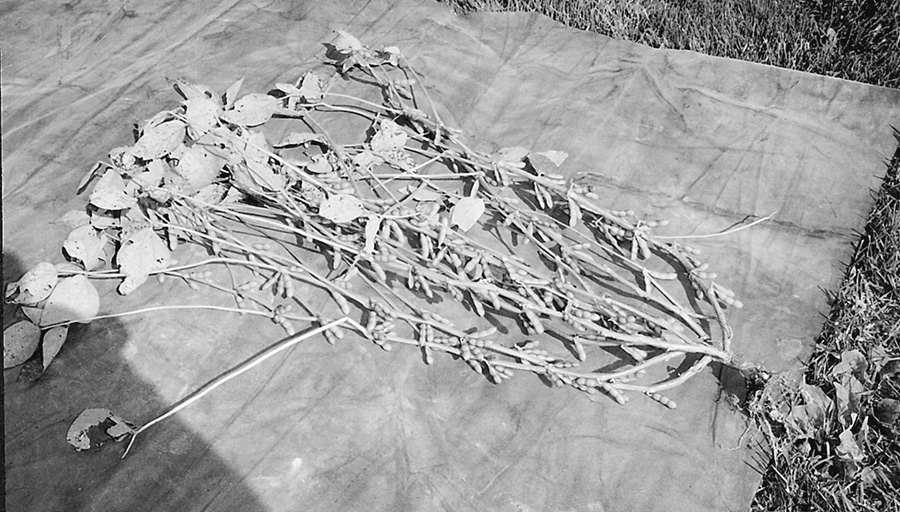 Are Your No-Till Soybean Seeding Rates Too High?

By Frank Lessiter posted on April 1, 2003 | Posted in Seeding & Planting

With the right genetics, this no-tiller believes you might be able to no-till less than 30,000 seeds per acre and turn out even higher yields in 15-inch equi-distant rows.

In 2001, Robert Neidigh noticed an unusual soybean plant growing along the edge of one of his no-till soybean fields.

Because it wasn’t crowded by other soybeans, the plant was able to set eight branches and produced 308 pods. Its stem diameter of 9/16 inch was well above what’s commonly observed in densely planted no-till soybean fields.

To duplicate this extraordinary plant growth, the Bremen, Ind., no-tiller determined that it would only require a seeding rate of 27,822 plants per acre with an optimum plant spacing of 15 inches in each direction. Based on the pod count with this single plant, Neidigh calculated that it was possible that this spacing could result in an astounding no-till soybean yield of 133.89 bushels per acre.

Neidigh tested the idea in 2002 with a test plot that was 8 rows wide and one-third mile long (about 4/10ths of an acre) in the middle of a no-till field. Since the lowest setting on his no-till drill was 60,000 seeds per acre, he had to go with this rate rather than the calculated 27,822 plants per acre.

“A late flush of weeds required a second spraying, which I was unable to do with my sprayer due to bean height,” says Neidigh. “I hired a commercial applicator to spray the strip, but failed to tell him not to run his wheels on the plot. Because of the resulting poor stand, we didn’t harvest the strip separately from the balance of the field.”

Premium content is for our Digital-only and Premium subscribers. A Print-only subscription doesn't qualify. Please purchase/upgrade a subscription with the Digital product to get access to all No-Till Farmer content and archives online. Learn more about the different versions and what is included.
KEYWORDS equi-distant rows pods Robery Neidigh seeding rates soybean seeding rate spacing weeds