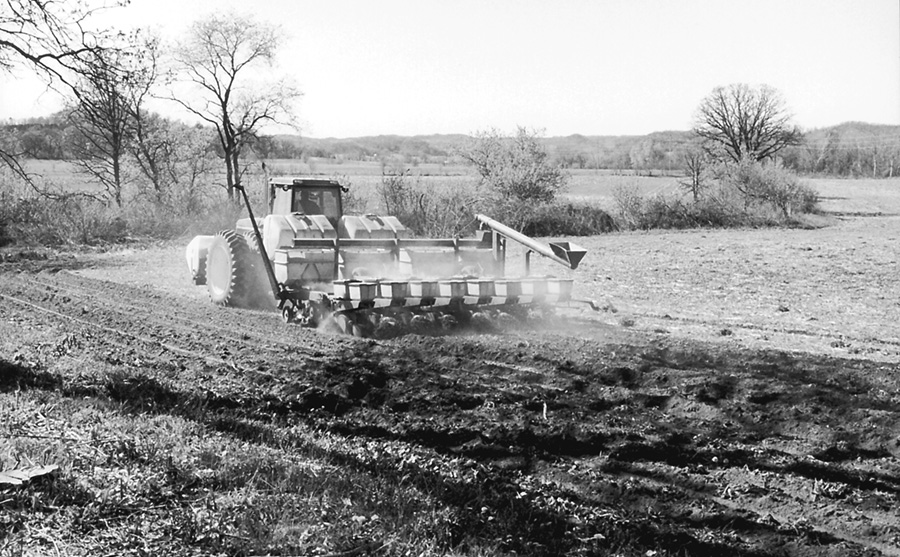 Without Herbicides, No-Till Would Disappear

By Frank Lessiter posted on July 1, 2003 | Posted in Crop Protection

Yet the impact on food production would be so dramatic that America could not live without no-till.

While you're certainly not about to lose the use of herbicides, you need to fully understand that any ban on agricultural chemicals would bring an end to all the benefits you’re getting from no-tilling.

A recent in-depth study by researchers at the National Center for Food and Agricultural Policy in Washington D.C., indicates that herbicides are important for a number of reasons in the United States:

1. The more than 52 million acres of crops currently being no-tilled in the United States would disappear without the the use of herbicides.

2. Even if all of the necessary labor could somehow be found to control weeds without herbicides, you would still lose 20 percent of your crops.

3. Weed control alternatives would result in a $13.3 billion annual drop in crop production per year, which is more than double the $6.6 billion currently spent each year on herbicides.

4. Banning herbicides would increase soil erosion losses across the country by a whopping 304 billion pounds annually.

5. Not having herbicides would lead to a $21 billion loss in annual net farm income.

6. Any ban on herbicides would require an increase in food imports totalling $13.3 billion that would worsen the U.S. trade balance even with current crop surpluses in some areas of the world.

The study was sponsored by the Washington D.C., based CropLife American group of agricultural chemical manufacturers and suppliers that support the use of farm chemicals. It concludes that herbicides are…

Premium content is for our Digital-only and Premium subscribers. A Print-only subscription doesn't qualify. Please purchase/upgrade a subscription with the Digital product to get access to all No-Till Farmer content and archives online. Learn more about the different versions and what is included.
KEYWORDS CropLife America herbicide Leonard Gianessi National Center for Food and Agriculture Policy need for herbicides Organic crops soil erosion U.S. Department of Agriculture weed control

Do More With Less Herbicides