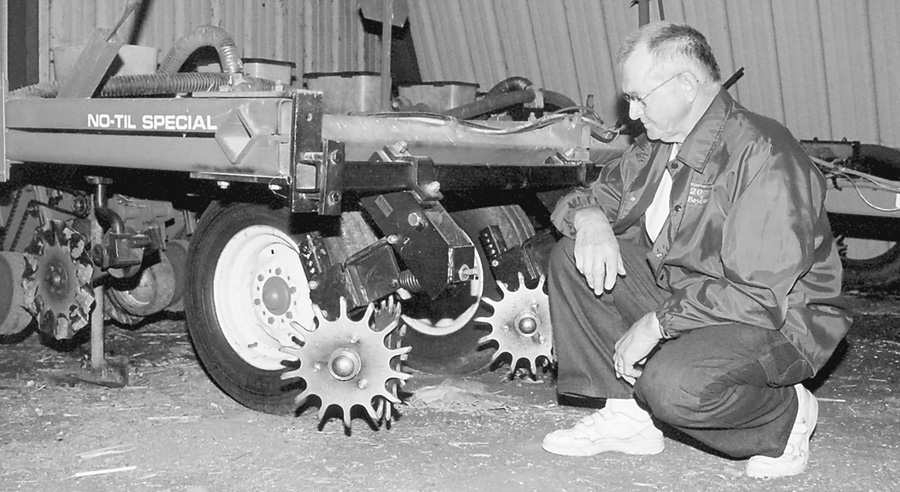 No-Till To Stop Erosion Before It Starts!

With faith that no-till is totally compatible with Mother Nature, this Iowan believes it represents farming’s future both economically and environmentally.

During my 13 years in the Air Force after graduating from Iowa State University in 1956, a lot of things changed. In the military, I was part of a two-man team that flew the experimental SR-71, which became the world’s fastest airplane. It still holds speed records of more than 2,000 miles per hour.

While I was away, farming methods at my parent’s farm were evolving, too. As we phased out of a small hog operation, dad switched from a corn, oats and alfalfa rotation to cash corn and soybeans. But what hadn’t changed by the time I bought the farm in 1970 was the fact that we were still trying to defeat Mother Nature with a moldboard plow.

The first year that I was back on the tractor, I started asking myself if there were really any benefits to fall plowing. I knew I would have to pound lumps out of the field with several passes of a disc or harrow the next spring to make a decent seedbed. Then, more than likely, we would watch the soil wash away after the hard spring rains that we had for many years.

Unless the corn stalks were perfectly flat, they constantly bunched up in our small four-bottom plow, pulling the guts out of our 75-horsepower tractor. Since I couldn’t really come up with any good answers that…