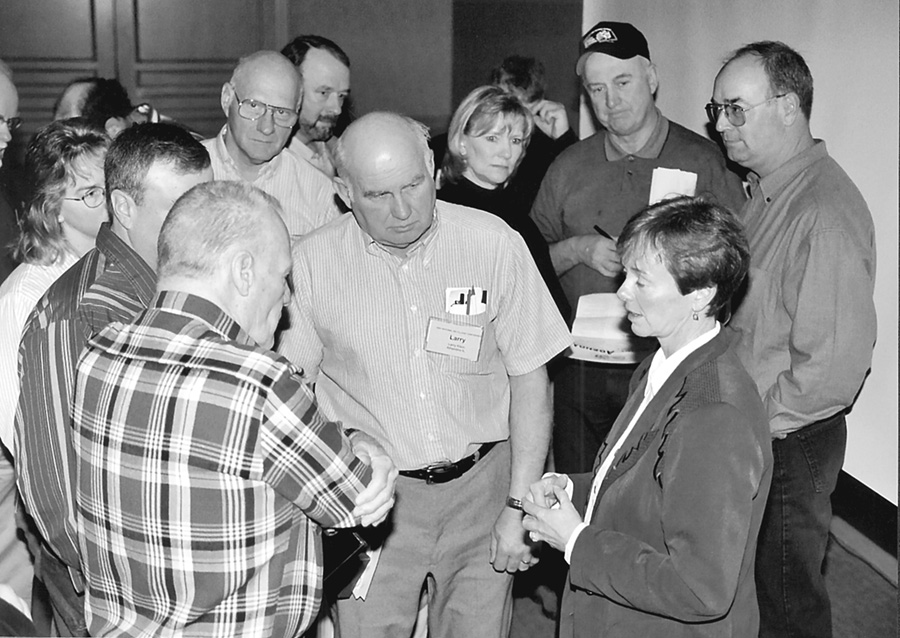 Looking Down On Soil Life

What goes on in the top 2 inches of your no-tilled soil is especially important after the growing season.

When you walk across a no-till field, Jill Clapperton says you’re walking on the rooftop of a bustling community. No-tilled soils teem with life, and with the right management techniques, you can use these busy organisms to your benefit, says the the Agriculture and Agri-Food Canada soil biologist stationed at the Lethbridge Research Centre in Lethbridge, Alberta.

“The soil is alive,” she told farmers attending last winter’s 11th annual National No-Tillage Conference in Indianapolis, Ind. “It is a habitat for bacteria, fungi, animals and plants.”

What’s important, she says, is to know that the availability of nearly 75 percent of all nutrients in the soil depends on biological action. While bacteria are the first link in the food chain, they also cause the soil to aggregate.

What goes on in the top 2 inches of your no-tilled soil is especially important after the growing season. Bacteria and fungi break down crop residue, resulting in improved fertility for the next crop. At the same time, earthworms and insects build channels through which plant roots, nutrients and moisture can easily move.

“Most fungi are not pathogens,” Clapperton says. “And most fungal pathogens are pretty wimpy. Without fungi, woody residue, like corn stalks, would not be able to break down in no-till systems.”