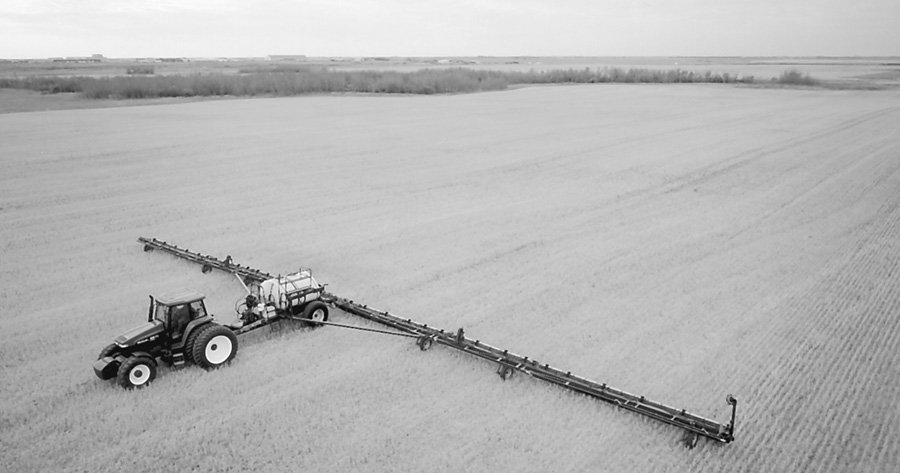 By Ron Perszewski posted on September 1, 2003 | Posted in Crop Protection

For as little as 29 cents per acre, no-tillers can significantly increase the effectiveness of their post-emergent herbicide applications. The addition of inexpensive ammonium sulfate (AMS) to the tank mix can boost no-till weed control by as much as 41 percent in some cases, according to Bryan Young, a weed scientist at Southern Illinois University.

Young’s field research indicates that AMS improves weed control in two ways: by overcoming the negative effects of hard water and by enhancing the absorption of herbicides into the weeds.

“Water quality is a key issue,” Young says. “You have to make sure that you’re starting with a good spray carrier, good conditioned water. Hard water can be a problem, especially out West, in Nebraska, the Dakotas and even in Illinois and throughout the Midwest.”

“But even if you start with city water, or de-ionized water or reverse osmosis water, as some growers in central Illinois use, AMS can still benefit herbicide uptake and movement within the plant, or translocation,” he adds. “That really impacts herbicide activity quite a bit.”

His research focused on glyphosate-based herbicides, but the benefits of AMS extend to the vast majority of post-emergent herbicides used in no-till corn, soybean and wheat fields, Young told growers attending the National No-Tillage Conference earlier this year.

The benefits of AMS make it especially useful for growers facing difficult spraying situations, such as hot, dry weather, or weeds that are taller than desired for a particular herbicide, he says. It can…

A Change In Weed Control?