Going to smaller soil sampling sites boosts the no-till fertilizer confidence level by as much as 40 percent.

Since starting a 1-acre grid sampling program in 1996, the Rulon family has realized considerable fertilizer savings on their 5,000-acre no-till corn and soybean farm.

Lime savings of 1 to 1.2 tons per acre alone more than pay for the cost of sampling, figures Rodney Rulon, who is in charge of the family’s no-till fertility program near Arcadia, Ind.

He says grid sampling is “the way to go” because the farm’s soils are highly variable due mainly to the way that they were farmed years ago. He notes that 100 years ago most of north central Indiana was farmed in less than 20 acre fields while today’s average field size ranges from 40 to 100 acres. This created plenty of variability in fertility that is not represented by soil type. In fact, old farmsteads, government liming programs and different farming practices from 50 years ago still have a significant impact on soils today, says Rulon.

The Rulons began to see just how variable their soils were when they hired a soil consultant to sample the fields in the mid-1980s. In 1995, they decided to do global-positioning system (GPS) sampling on 2 1/2 acre grids in three of their 80-acre fields. While these grids revealed some “holes” in the old soil sampling methods, Rulon was still not satisfied. 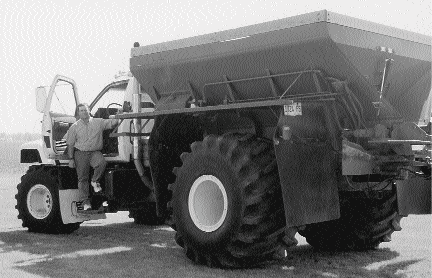 In fact, he found that university research indicated that 2 1/2 acre grid sampling provides only a 50 percent confidence level when it comes to determining accurate nutrient needs…

Grid Sampling Saved Years Of No-Till From The Chisel Plow

Iowa Farmer Proves To Himself That No-Till Works