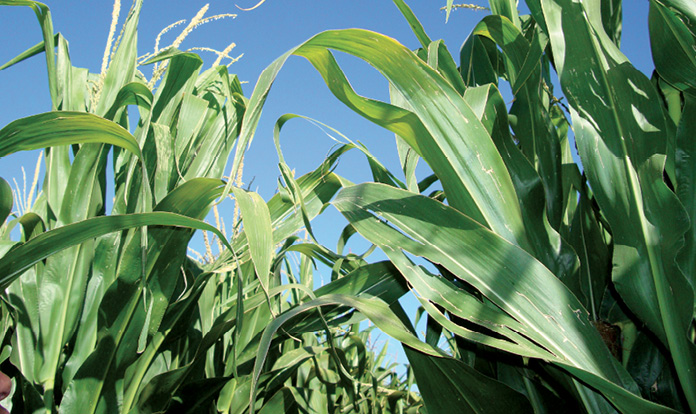 Water-optimizing hybrids hitting the market, and soon-to-come traits, may stabilize or even boost yields during periods of water stress.

They may not be cactuses. But water-optimizing corn hybrids coming to the market could help growers retain or even boost yields when water is in short supply.

“We haven’t made a corn plant that will live in spite of how severe the drought is. We’ve made one that produces more yield when farmers experience drought conditions,” says Wayne Fithian, Syngenta technical trait lead.

“If normal production is 130-bushel corn and drought takes that yield down to 70 in traditional hybrids, we would anticipate 15% yield preservation” with the Artesian hybrid, Fithian explains. “The hybrid has the potential to yield more in the neighborhood of 80 bushels per acre, delivering 10 more bushels per acre than its standard drought-stressed counterpart.”

For an Aquamax hybrid with 130-bushel corn, knocked down to 70-bushel yield by drought, the expected yield would be 3.5 bushels higher with Aquamax, Pioneer Hi-Bred says.

In a less dramatic loss situation, the numbers move to favor Aquamax. If a 120-bushel-yielding hybrid is reduced to 100 bushels by drought, the Aquamax…