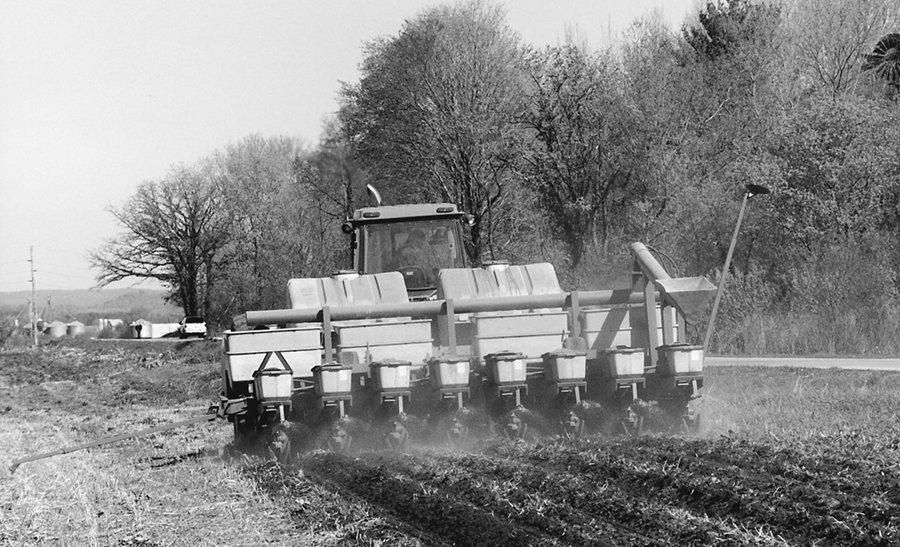 Would it make you nervous to no-till a field of corn in mid-March and then not see the plants pop out of the ground until sometime in May?

If you’re worried about such a no-tilling scenario, you don’t have to be. Based on 9 years of testing, Landec Ag scientists have developed new polymers that are activated by temperature, moisture or both, and the coating prevents water from entering the seed under the cold soil temperature conditions often found in no-till fields.

The product was used on over 60,000 acres in 2003. Commercially available in 2003 from Fielder’s Choice Direct (owned by Landec Ag), Hubner, Beck’s Hybrids and Ag Venture, the product was tested by 40 other seed companies this year.

In addition, 30 seed companies are using a similar Intellicoat product called Pollinator Plus to delay germination of the male inbred seed, which widens the pollination window in order to increase seed corn yields, minimize risks and reduce production costs.

The company’s Intellicoat Early Plant seed coating has a temperature switch built into it at about 55 degrees F, says Natarajan Balachander, vice president of research and manufacturing for Landec Ag in Monticello, Ind. Below 55 degrees, the polymer coating keeps water from going into the seed. But once the soil temperature reaches 55 degrees, the polymer coating opens up and water flows freely into the seed and prepares the seed for germination.

“The coating is also reversible,” says Balachander. “If you have a day of…

It Pays To Listen To Your Dad About No-Till