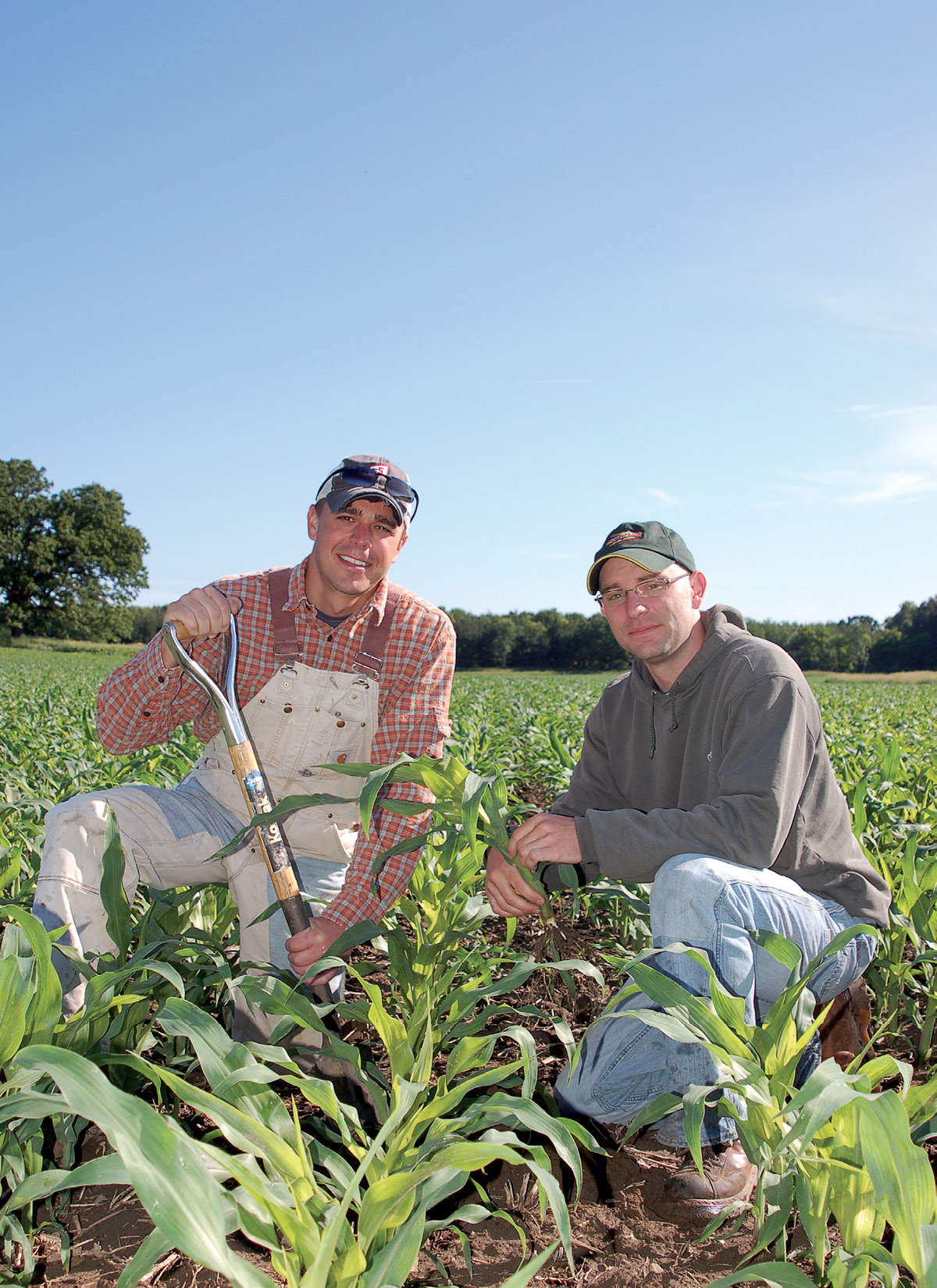 Having worked as crop advisors right out of college, Nick Viney and Josh Trautman know that doing the little things right — whether it’s planting, fertilization or onfarm testing — is a key to unlocking yield potential.

So their agronomic background has served them well as they no-till a majority of 1,700 acres of corn and soybeans at Badgerland Grain Farms near Evansville, Wis.

In 2010, in a perfect growing season, they saw 106-bushel soybeans in some areas of their farm, and corn yields averaged 215 bushels per acre.

They started no-tilling when they began farming in 2006, and as they grow their operation they plan to convert even more acres to no-till.

“The best thing you can do to protect the soil is to not touch it,” says Trautman.

Viney and Trautman say they’ve been unable to find a region of the U.S. where no-till doesn’t work when the practice is done properly.

They once thought tillage helped dry the soil, but don’t subscribe to that theory any longer.

“Last year, we changed the planting direction in one field, so we had to lightly work it so it wouldn’t be as rough,” says Trautman. “Because it was tilled, we thought we could get into it sooner. But when we compared it with a nearby no-till field, the tilled soil hadn’t dried any faster.”

Most of their cropland is rented, so the first year they farmed ground for a landlord they completed extensive soil tests and GPS-mapped…