GMOs continue to be more than controversial in Europe. Here’s what you need to know if the worries spread across the pond.

Think back a few years to the first time you heard the words “mad cow disease” uttered by the media. What began as a strange phenomenon turned into a British disaster. We’re all familiar with the images of shaking cows, but should it concern us?

Perhaps the discovery of other cases in Canada and Washington State might make you look at the problem differently. But still, these are animal production issues. As no-tillers, do we have reason to worry?

This no-tiller from Worcestershire, England, believes that no-tillers have their own problem: genetically modified organisms and what they could mean to the global future of agriculture.

Not All Bad News

Before you start thinking this will be about awful stories centering on British opposition to GMOs, think again. Bullock is the first to say that GMOs have a great future. While the initial price in seed is higher, GMOs offer significant potential benefits, for example in weed control and the savings that come with it.

“Weed control is half of my growing costs for canola,” he says. “When the concept of GMOs was introduced into Britain during the early 1990s, it was cautiously welcomed. But once we looked at it from an agronomic point of view, we thought it was great, solving problems and dramatically cutting our costs.” 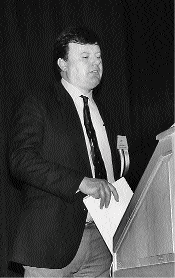 The initial excitement over GMOs in Europe quickly dampened, Bullock explains, when the press began reporting about them.

“The idea of Frankenstein-foods came forward,” he says. “The…

Interseeding is a Process, Not Just a Practice

If It’s Not Working Perfectly… Tweak It!