Rotating crops can benefit your operation, but going against instinct can pay off in a big way. How? Stack ’em.

Dwayne Beck is known for a lot of things, perhaps crop rotations most of all. This Pierre, S.D., no-tiller manages the Dakota Lakes Research Farm at Pierre, S.D., and dedicates a lot of his time to studying the improvement of no-till operations with the help of crop rotations.

One of the most exciting and promising methods Beck has seen goes against every inclination you might have learned as a no-till farmer: Stack your rotations.

During the early 1990s, Beck was attempting to develop a no-till rotation that would allow local farmers to preserve their 50 percent wheat base using winter wheat-summer fallow.

Previous studies convinced him that he wanted to avoid planting wheat every other year. The result was a spring wheat, winter wheat, corn and sunflower rotation. It was the stacked wheat results in this rotation that prompted Beck to know he had tapped into something with a lot of potential.

“An example would be wheat, wheat, corn, corn, bean, bean,” Beck says. “Growing crops twice in succession and then giving them a long break.

“The key is that break,” he says, “not the stack. The goal is to allow sufficient time for pest pressure to decline to very low levels before sequencing the crop or crop type twice.” 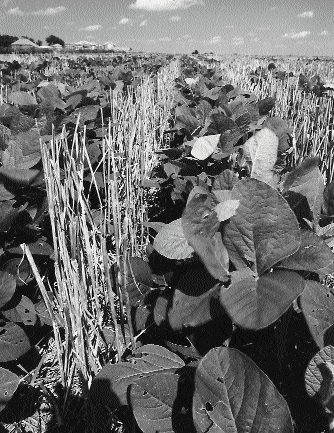 Beck explains that in the “disease triangle,” three things must be present for a disease outbreak: host, pathogen and the right environment or weather.

By stacking crops, he says, you eliminate one of the necessary components in the…