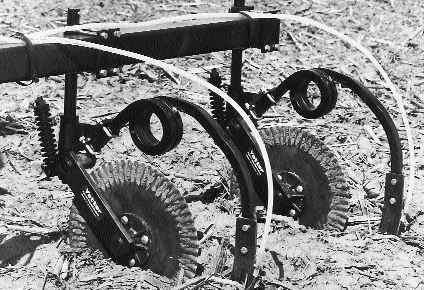 Switching to no-till is the best thing you can do for your soils. But soil management can be tricky. The key is understanding nitrogen.

If ever there was an article to pass on to neighbors who have talked about switching to no-tilling but haven’t because of the horror stories they’ve heard about the transition period, this is the one.

The no-tilling data looks good, and biologically it’s better than traditional tillage, so why do some growers flee no-tilling after a couple of years of yield losses?

Dean Martens has some ideas. This USDA soil scientist with the Agricultural Research Service in Tucson, Ariz., says the answers aren’t complicated, and anyone considering changing their tillage practices should hear what he has to say.

What’s Wrong? “I got an e-mail back in the ’90s from a farmer who was denouncing no-till as ‘Satanic,’ Martens chuckles. “He had significant yield loss and estimated he lost $25,000 per year on 700 acres of continuous corn for 3 years. He ended the note by saying that if God Himself came and talked to him, he would never no-till again.”

That note prompted Martens to take a closer look at what was going on with no-till conversions. His conclusion? Nitrogen problems.

If you adjust your tillage management, you’re going to have to adjust your fertilization program, too.

“Most people continue their fertility programs as they did under conventional or reduced-tillage management systems,” he says. “That leaves you with big problems.”

Most fertilization programs, Martens notes, were developed in the 1940s or ’50s. Today, with bio-engineered crops and high yield demands, the soils need a little more to keep…