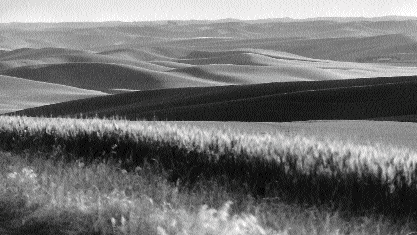 The move away from conventional tillage stopped erosion and saved the soil for the future while widening the window of opportunity for timely seeding.

Since its founding as a small family farm, the Broughton Land Company has been managed for long-term success. For Dan McKinley, the current general manager, that means making no-till work on the huge operation that grew out of a family farm started in the 1880s near Dayton in Columbia County, Wash.

Charles Broughton founded the farm, and his descendants established a tradition of ongoing success by repeatedly buying more land for the operation, which now includes 12,000 acres of farmland, plus timberland and rangeland. For his part, McKinley, certified as both an agronomist and a crop adviser, is making the most of both the present and the future through no-tilling.

In the short term, he says, “The most important resource to Broughton is rainfall. Our goal is to turn every drop of rain into bushels of something. On the average, we get enough rain, 16 to 20 inches annually, to grow our crops at a profit, as long as we are efficient and timely in our operations.”

No-tilling helps on both counts, beginning with the fact that much more of the precious rain is captured and used, thanks to the improved water infiltration provided by the no-tilled soil, according to McKinley. “It lets us store virtually every drop of the water that Mother Nature gives us,” he says.

As evidence, he points to an intense downpour that dropped 1 1/4 inches of rain in just 15 minutes without damage. “No water was left our fields,” he recalls. “If…

Premium content is for our Digital-only and Premium subscribers. A Print-only subscription doesn't qualify. Please purchase/upgrade a subscription with the Digital product to get access to all No-Till Farmer content and archives online. Learn more about the different versions and what is included.
KEYWORDS annual cropping broughton Dan McKinley erosion Pacific Northwest Washington

Cleaning A Path For No-Till Success