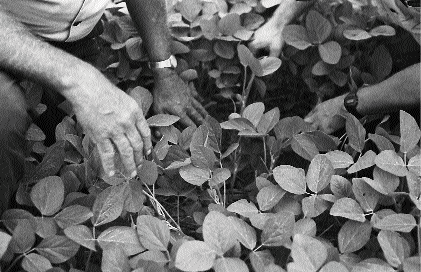 Using a seed treatment fungicide can slice as much as 80 percent off the cost of using tillage to tackle root diseases.

In recent years, there has been a push to no-till soybeans earlier every year. Although no-tilling early can help maximize your yield potential, there is also a risk associated with planting into cooler, wetter soil, which is ideal for disease development. In fact, the shift toward earlier planting dates is one factor that has contributed to the increased need for preventative disease control.

“We definitely have more of a need for fungicide seed treatments today than we had 10 years ago,” says Jim Beurlein, an Ohio State University agronomist. But he doesn’t attribute that increased need to just no-tilling earlier.

“If you take earlier planting and add to that the increase in reduced tillage operations and shorter crop rotations, you’ve got 99 percent of what leads to early-season diseases in soybean fields,” he explains.

Jeff McCann with the Helena Co. in Arkansas encourages customers to treat soybean seed because of the heavier disease pressures that growers face when planting early. “We are planting in early April and in some cases late March when there is a lot of rain and the ground is still cold, so we recommend treating the seed to combat diseases such as pythium,” he says. “Basically, we are selling an investment in seed protection.”

McCann believes the advantage to seed treatment is being able to establish a good stand in spite of the challenges brought about by planting earlier. “Ordinarily that seed will come out of the ground faster, and we are seeing a little more…

Five Reasons to Use a Fungicide Seed Treatment on Soybeans