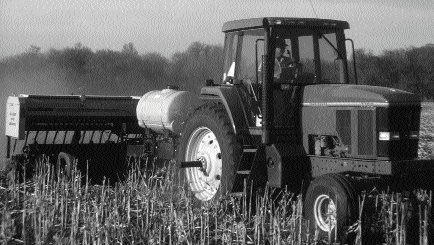 No-till provides more time for off-farm work, to crop more acres, have more fun with the family or devote extra hours to other farm enterprises.

My first experience with no-tilling began back in 1978 when I conducted a study for my master’s thesis on planter performance with various tillage systems. I visited 150 producers and observed their planters being used in the field.

Following that, the university received a grant that allowed us to establish no-till plots at a number of locations. This was in the early no-till days in Nebraska. At that time, we were hearing a lot of no-tilling ideas out of eastern states where they were not as concerned about moisture conservation as we were in the western Corn Belt and Great Plains.

We learned real fast that there is no single recipe for no-till success; what works for one place most often doesn’t work in another. And our most important early lesson was that no-till is a lot more than just planting a crop without tillage.

After more than 25 years of research at the Rogers Memorial Farm near the University of Nebraska’s Lincoln campus and across the state, we know that a successful no-till program is best achieved with a systems approach. You’ve probably heard that from many sources, but it can’t be emphasized enough. What does a systems approach mean? Here are seven things it should include. 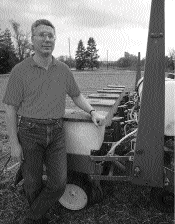 Premium content is for our Digital-only and Premium subscribers. A Print-only subscription doesn't qualify. Please purchase/upgrade a subscription with the Digital product to get access to all No-Till Farmer content and archives online. Learn more about the different versions and what is included.
KEYWORDS Cover crops grain sorghum Paul Jasa, rotations soil structure University of Nebraska what I've learned Wheat