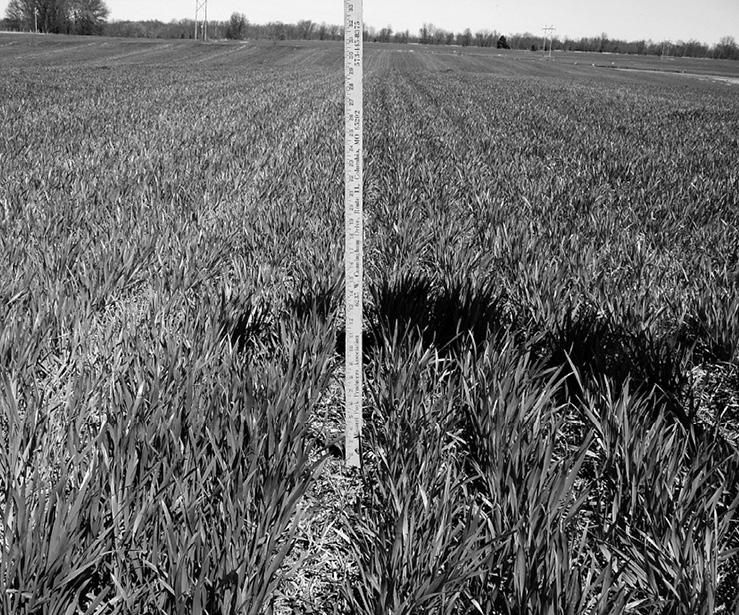 Yes, You Can No-Till Into Live Cover Crops

Important lessons are still being learned, but the system further protects the soil for long-term benefits.

Anyone who heard me talk about my operation at the 2006 National No-Tillage Conference in St. Louis knows that I'm as close to paranoid about soil loss as a person can get.

Conserving soil was the primary reason I started seriously no-tilling in 2001. It was also the driving force behind adding cover crops to my rotation, and then for changing the rules and planting into living cover crops, rather than burning them down prior to planting.

I’ve learned a lot, and I have made some costly mistakes. However, I still believe that minimizing soil loss is a worthwhile goal.

A little history will get you from where we started with no-tilled corn and soybeans to our first experiences with cover crops — and to where we are today.

Our earliest experiences with no-tilling into cover crops were instructive, to say the least. The first year we sprayed Roundup on cereal rye in mid-April, but we didn’t get a uniform kill. Voles migrated into the patches we missed and ate nearly 100 percent of the beans as they emerged in those small areas.

The next year we drilled beans into rye on April 15 and applied Roundup a couple of days later. The stand was excellent and the cover crop died uniformly, but we had a strong wind and hail storm 3 weeks after planting that…

Premium content is for our Digital-only and Premium subscribers. A Print-only subscription doesn't qualify. Please purchase/upgrade a subscription with the Digital product to get access to all No-Till Farmer content and archives online. Learn more about the different versions and what is included.
KEYWORDS Cover crops Hallsville Missouri what I've learned