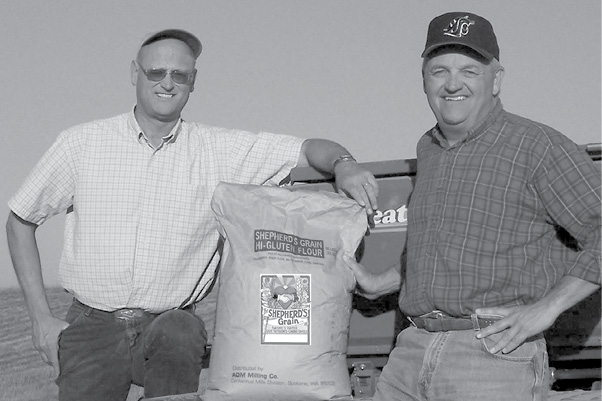 By delivering specialized food products, these no-tillers see a bright future for farming.

Karl Kupers ticks off the three ingredients he says are musts to make a Pacific Northwest farm sustainable: continual learning, discovery and persistence. They’ve been his rules to live by for the past dozen years.

Kupers is among a number of farmers in eastern Washington who have converted from a traditional dryland monocrop wheat and summer fallow rotation to a direct seed (no-till) annual cropping system. Starting with a 40-acre test plot in 1996, he transitioned nearly 6,000 acres into a diverse rotation of wheat, safflower, sunflower, canola and mustard. The semi-arid area averages only 12 to 17 inches of precipitation each year, much of it falling during the winter, when bare fields are vulnerable to wind and water erosion.

Along the way, Kupers earned a reputation as a visionary soil conservationist and trend-setting business entrepreneur. He convinced skeptical absentee landlords that he could make their land healthier — and more profitable — with no-till. He explored the potential of local value-added markets and became the first large-scale wheat producer to be certified by The Food Alliance (TFA).

The TFA is a third-party organization based in Portland that helps environmentally-minded farmers connect with consumers. Kupers was also a key leader in the formation and growth of the Pacific Northwest Direct Seed Association.

Seeing the need for more no-till research in the region, Kupers was also instrumental in getting USDA’s Sustainable Agriculture Research and Education grants to finance a cooperative venture of farmers and Washington State University ag scientists…