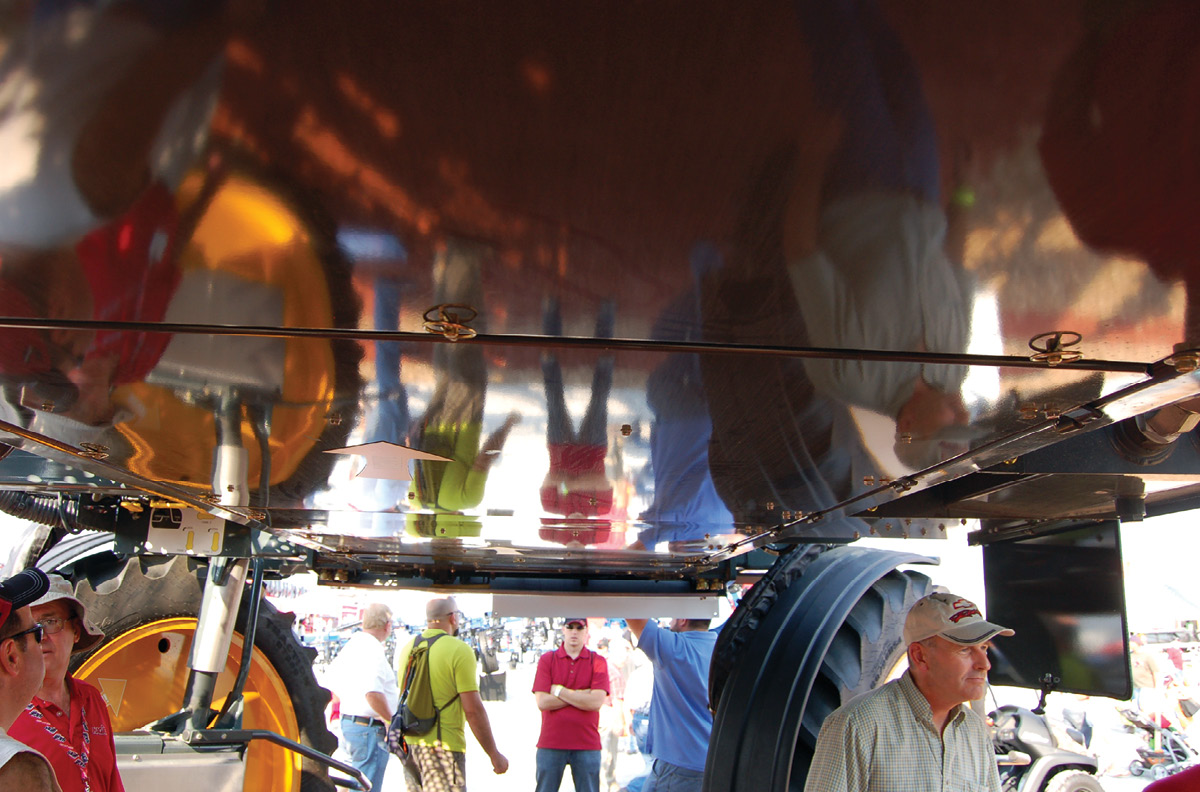 By No-Till Farmer Editors posted on November 1, 2012 | Posted in Equipment

There are more equipment options on the market than ever to help no-tillers and strip-tillers plant precisely, apply fertilizer more efficiently and improve their farm’s bottom line.

There was no shortage of innovation at the 2012 Farm Progress Show held last August in Boone, Iowa.

From precision technology to fertilizer application to planters and sprayers never before seen in North America, the new products were impressive.

A record nine editors from No-Till Farmer and its sister publications spent 2 days interviewing manufacturers and exploring more than 500 exhibits.

Much of the newest and most innovative products they found are covered in the next several pages. 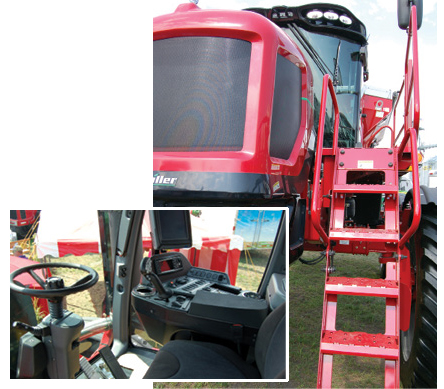 “We moved the side ladder away and put a stair-style staircase at the front of the machine so farmers don’t have to walk under the boom to get into the Condor,” says marketing director Tim Criddle.

The cabin is larger and wider for better visibility, and includes a new systems-control monitor that serves as a single nerve center to run diagnostics and quickly determine how the machine is running. 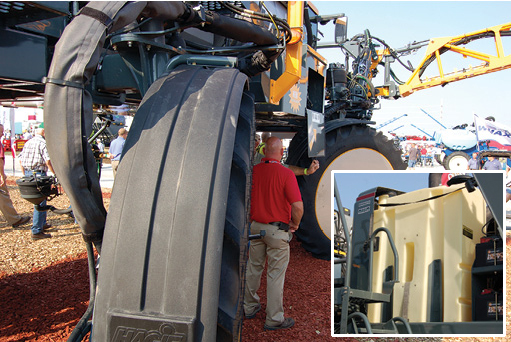 The injection system sends water past the flow meter to eliminate contamination and allow farmers to use multiple chemicals at the same time, says Joel Kampen of Hagie.

The tall-corn package includes wheel covers, shields underneath the machine and drop-down guards in the front. 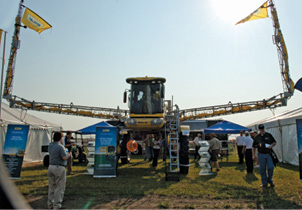 The Best No-Till Innovations At The 2013 Farm Progress Show

Plenty Of Innovations On Display At Farm Progress Show