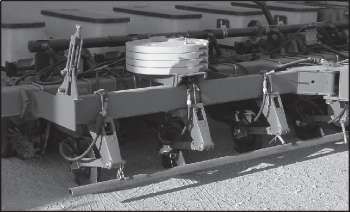 Pipes can be mounted on the front edge of a planter to act as a lean bar to knock down corn stalks and reduce the amount of residue catching on planter components, says Paul Jasa, an agricul-tural engineer for the University of Nebraska.

He says the pipe protects wires, drive chains, hoses and other components.

In the photo at left provided by Jasa, the owner of the planter hung the pipes on short chains, and the pipe was cut into separate lengths to accommodate the way his planter folds for transport.

The grower also added weights for no- tilling and a deluxe fertilizer system because he applies starter fertilizer and all his nitrogen during planting. 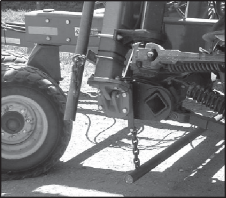 Jasa notes that the no-tiller also put lean bar pipes on his John Deere air seeder for the same reason, as shown in the photo- graph below.