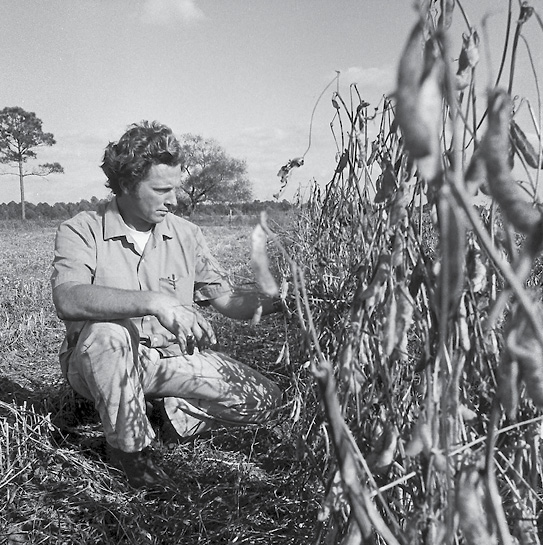 By Frank Lessiter posted on February 1, 2005 | Posted in Seeding & Planting

With perfect weather and the right management package, you could break the 100-bushel no-till soybean barrier.

“It is possible to grow 100-bushel soybeans, but you need to see the big picture and be prepared to do everything right,” he says. “What you do must be timely during the growing season. You must be ready to pull the trigger on any needed production practices at the right time.”

When it comes to putting together a total management approach for higher soybean yields, Pedersen says knowledge, management, timing and efficiency are all key parts. “The whole scenario of growing soybeans has been changing over the last few years,” says the agronomist who earlier spent time working in Wisconsin.

“With corn, you don’t have to make in-season decisions like you do with high-yielding soybeans. If you don’t make production decisions during the growing season with soybeans, you’ll probably end up with only 35- to 40-bushel-per-acre yields.”

In 2003, Pedersen had a 2.94-acre test plot where soybeans yielded over 100 bushels per acre. But even with this exceptional yield, the plot suffered from drought conditions during August.

He says the important thing to remember is that you…

Premium content is for our Digital-only and Premium subscribers. A Print-only subscription doesn't qualify. Please purchase/upgrade a subscription with the Digital product to get access to all No-Till Farmer content and archives online. Learn more about the different versions and what is included.
KEYWORDS Iowa state university Palle Pedersen planting rotations Soil quality soybean system