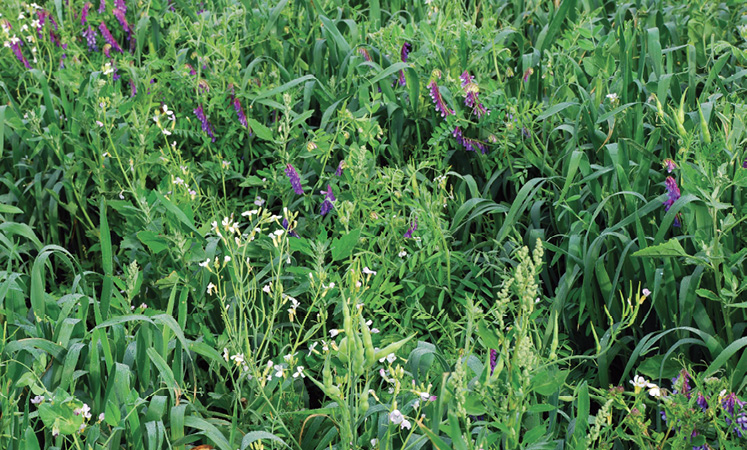 All Roads Lead Back To Soil Health

“Healthy soil doesn’t want to be disturbed, and it wants to be covered perpetually,” he says. “And remember: The soil and plant are one — they are not separate.”

In addition to the judicious use of cover crops and careful use of fertilizer and agricultural chemicals, a “checkup” can reveal a lot about a no-tiller’s most important resource, the NRCS soil scientist told attendees of the 2012 National No-Tillage Conference.

Conducting an aggregate stability, or “slake,” test is a good way to assess soil health and compare fields with different histories, he says. Archuleta advises farmers to randomly select aggregates, or clods, from a field or fields and let them air dry, or microwave them until all the moisture is gone.

When the aggregates are dry, drop them into a jar of water for each sample.

“What we want to see is an aggregate that does not fall apart,” says Archuleta, who is based in Greensboro, N.C., but speaks across the U.S. on soil health. “We want to see which one holds its integrity and withstands the force of pressure when the water rushes in to fill the pore spaces.”

Soil aggregates that fail the slake test are degraded and, typically, that’s what happens when conventionally tilled soils are tested.

That, Archuleta says, is a major issue for American agriculture because he estimates that as much as 80% of…