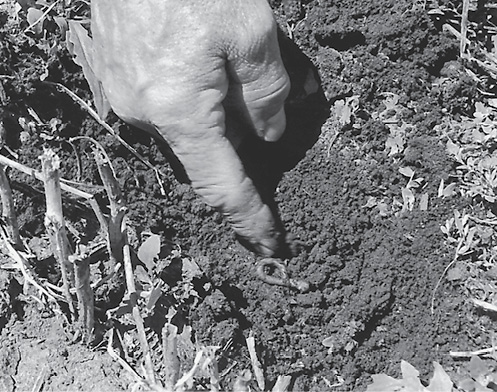 If you’re wondering how earthworms might be doing in your no-tilled soils, this researcher may surprise you with his results.

“It takes about 500 years to make an inch of topsoil,” says Paul Hay, a University of Nebraska extension educator at Beatrice, Neb. “We’re burning through it a lot faster than that, so we need to make every effort to try to preserve it.

“Just because you have the best organic matter, moisture or soil condition, there may not be very many earthworms. They may have died for some reason. It’s ancient history. They take time to regenerate.”

Like any good researcher, Hay took a look at existing studies before developing his own earthworm trials in Nebraska.

“University of Wisconsin agronomists looked at earthworm counts that were remarkably different,” Hay explains. “Forage crops in rotations had a lot more earthworms than cash grain crops. Even so, no-till cash grain was a lot better than tilled ground, in terms of earthworm numbers in all rotations. Reducing tillage increased the number of earthworms, as did manure applications.”

“University of Illinois researchers learned that a continuously plowed field had on average only 10 earthworms per square meter,” he says. “When you no-tilled that same piece of ground, the number doubled to 20 earthworms.”

Other factors that affected earthworm counts included having soybeans and other legumes in the rotation, which yielded 60 earthworms per cubic meter in plowed fields and 140 worms in no-tilled fields. Clover, however, boosted…

Premium content is for our Digital-only and Premium subscribers. A Print-only subscription doesn't qualify. Please purchase/upgrade a subscription with the Digital product to get access to all No-Till Farmer content and archives online. Learn more about the different versions and what is included.
KEYWORDS anhydrous earthworms extension organic matter Paul Hay soils tilth University of Nebraska warms

Be Kind To No-Till's Underground Allies

Earthworms Are Your Underground No-Till Allies

Be Kind To No-Till’s Underground Allies