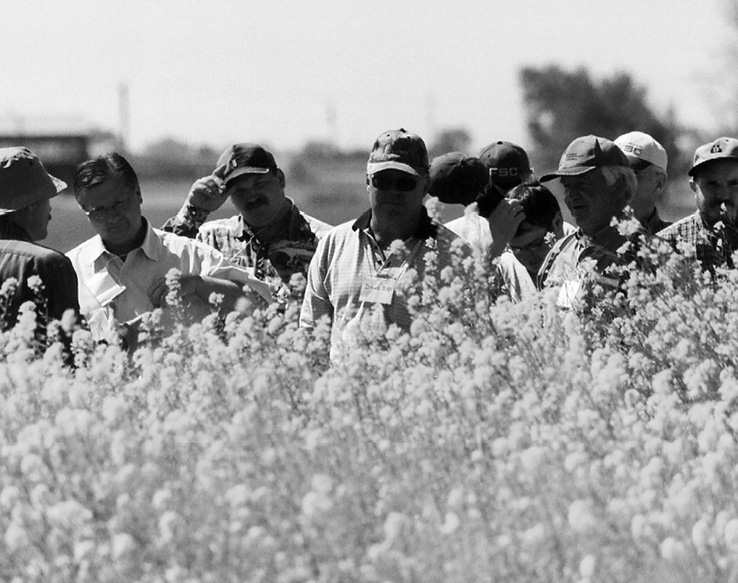 Keeping your options open by rotating with three or four entirely different types of crops are paying dividends.

Limited rainfall and plenty of warm chinooks moving east off the nearby Rocky Mountain range in late winter create an environment in which properly managing moisture is essential for Alberta growers. While it’s not always possible to turn out the best possible yields due to dry weather, the latest no-till management ideas make it much easier than when growers relied on summer fallow to store soil moisture.

In 1982, a severe drought, combined with winds that blew extremely hard to create one of the most severe wind erosion events since the 1930s, made farmers realize that something different had to be done. The dry soils and the need for fallow depleted soil organic matter and dramatically reduced the soil flora and fauna needed to improve soil quality.

Tillage destroyed the pore holes that earthworms used to breathe, reducing their numbers and the pores that improved water infiltration. In reality, the tillage that was used to increase soil moisture actually caused a further reduction.

About the same time in the early 1980s, Wayne Lindwall of the Lethbridge Agricultural Research Station in Lethbridge, Alberta, was trying to convince growers to adopt no-till as a soil conservation practice. One major concern was that technology was changing so fast that much of the equipment used for soil conservation was outdated.

“Many of the early adopting no-till farmers lost their farms because of the huge financial risks they took as they adopted the technology,” says Don Wentz, area agronomist with Reduced Tillage Linkages in Lethbridge…

When Wet Or Dry, No-Till Rotations, Covers And Cattle Are The Answer

No-Tilling Tips From North Of The Border