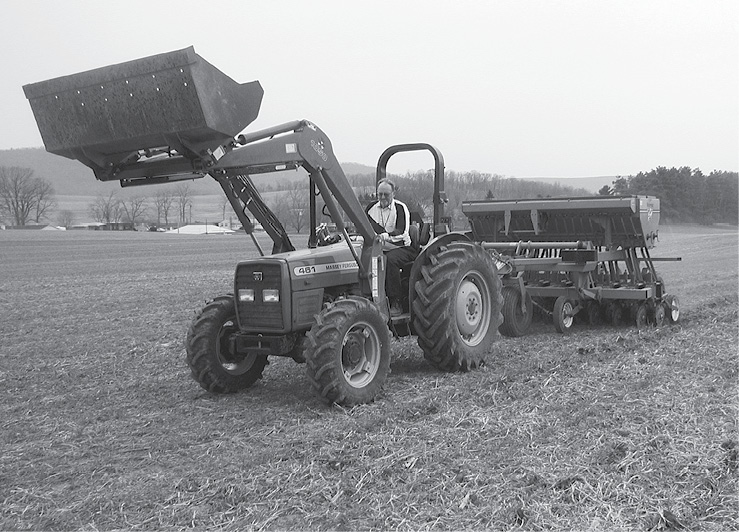 Having just one problem in a no-till system is enough to cause serious problems and it can happen at any time — even after 20 years of no-tilling.

When you think about being directly involved with saving a natural resource as significant as the Chesapeake Bay, it’s hard not to get excited. That noble thought might be enough reason all by itself to really hard sell continuous no-till systems, including cover crops and rotations. And when you can see clearly that no-till makes farming more profitable — in addition to the big-picture environmental equation — you can start to sense that we’re onto something, as they say, that’s really big.

It’s a bit difficult to imagine that only a few years ago, neither no-tilling nor no-till systems were recognized as Best Management Practices (BMPs) in the Department of Environmental Protection’s (DEP) Chesapeake Bay Program. Conservation tillage was the only approved BMP, but this included all types of reduced tillage, so the credits were greatly reduced for no-till.

But after several studies and analyses comparing upstream conservation methods, the Bay Commission, in a December 2004 report, listed continuous no-tillage and cover crops as two of the six smartest BMPs and most cost-effective investments for nutrient and sediment reduction from watershed areas in Pennsylvania, Maryland and Virginia.

The report writers summarized a string of benefits that come as no surprise to long-term no-tillers: improved quality of soil and water, increased…

No-Till Is Good For Everyone!

No-Till Is Cornerstone To Smarter Farming