By Frank Lessiter posted on September 1, 2005 | Posted in Residue Management

Properly handling straw, chaff and stalks as they exit the combine is key to managing your residue throughout the year with no-till. It’s due to the fact that effective residue management influences erosion control, moisture conservation, seed placement, fertilizer distribution, crop emergence and weed control.

With so many critical aspects of no-tilling on the line, you can understand why veteran no-tillers like to get an early start after harvest on managing residue. This is particularly true with no-tilled crops that produce heavy amounts of residue.

Besides the crops you no-till, an area’s environmental conditions can also influence the way you manage no-till residues.

As an example, Terry Gregoire says no-till crop residue often decompose extremely slowly in the northern Great Plains. The area extension specialist in Devil’s Lake, N.D., says it may take as long as 3 years for crop residue to disappear from the soil surface, depending on crop and environmental conditions. 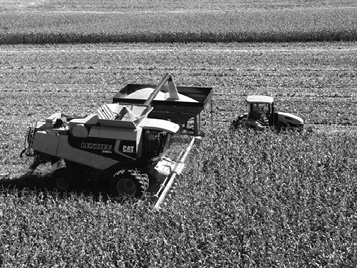 “A well-designed rotation that has a diverse mix of grass and broadleaf crops that includes legumes will have minimal problems with residue accumulation and management,” says Gregoire. “This combination of no-tilled crops will produce both low and high residue levels with varied residue breakdown rates.”

While Gregoire has found that it may sometimes be necessary to harrow heavy residue, he says a well adjusted strawchopper and spreader can often handle it alone. While harrowing is not an efficient means of…