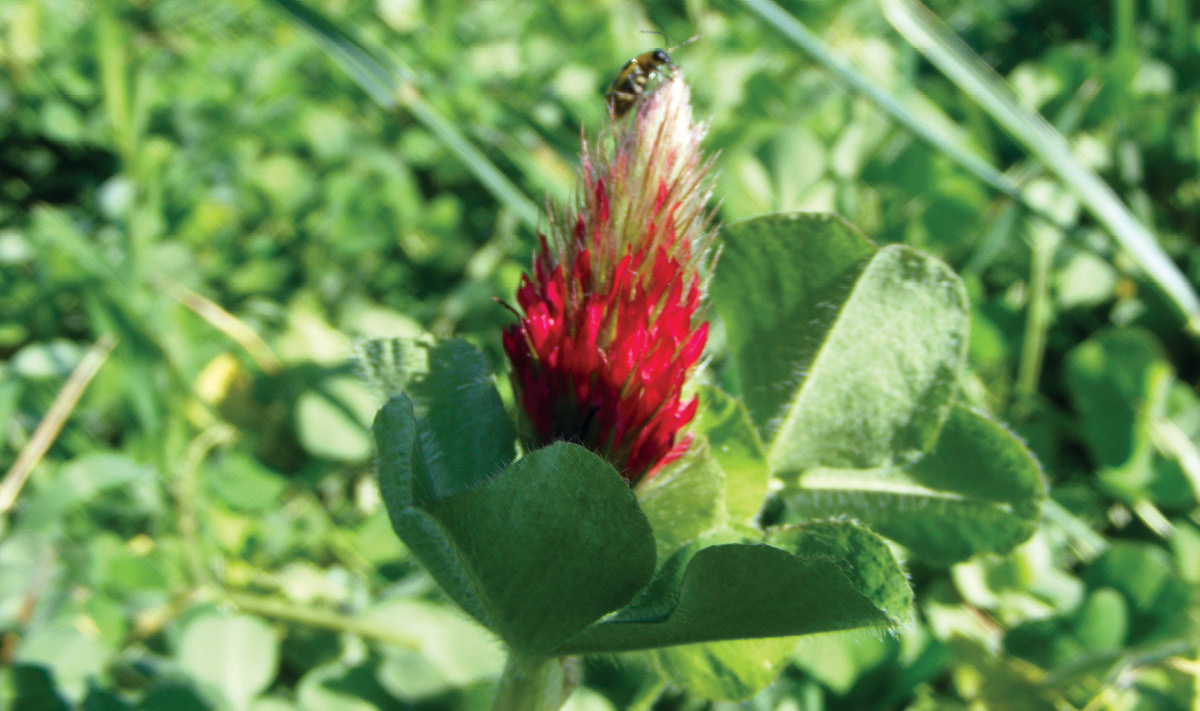 By Martha Mintz posted on November 1, 2012 | Posted in Cover Crops

Several no-tillers discuss how they’re working out the kinks of using clover cover crops and raking in the benefits in their no-till fields.

Nitrogen production is usually first on the list of reasons to use a clover cover crop, but no-tillers are finding there are many more benefits to be had.

Root pits have revealed that clover roots run surprisingly deep, and experts have note that soil biology and soil tilth have improved markedly where clover is used. In most of the Eastern Corn Belt, crimson clover establishes quickly and overwinters.

“Clovers have a tremendous root mass that goes much deeper than most people anticipate,” says Dave Robison, Legacy Seeds forage and cover crop manager. “Crimson clover is very popular because it grows quickly and produces nitrogen quickly. It also has a very fibrous root mass.

“We’ve found roots down to 34 inches, even when only 2 inches of top growth was present.”

Clover’s roots add organic matter and nitrogen to the soil, improving the soil’s ability to absorb and hold moisture. These benefits may be just as good as, or better than the nitrogen benefit, on which Robison says people shouldn’t rely too heavily.

“Crimson clover can produce more than 140 units of nitrogen in top growth when sown after wheat, but only about 50% of that is available to the subsequent crop. And that is slow-release in no-till,” he says. “It also can’t be counted on to be consistent across a field.

“You can’t just get rid of nitrogen-management practices because there’s a legume in your cover-crop mix.”

Premium content is for our Digital-only and Premium subscribers. A Print-only subscription doesn't qualify. Please purchase/upgrade a subscription with the Digital product to get access to all No-Till Farmer content and archives online. Learn more about the different versions and what is included.
KEYWORDS clover cover crops clover covers Cover crops Martha mintz nitrogen nitrogen production

Red Clover Supplies About $40 Of Nitrogen