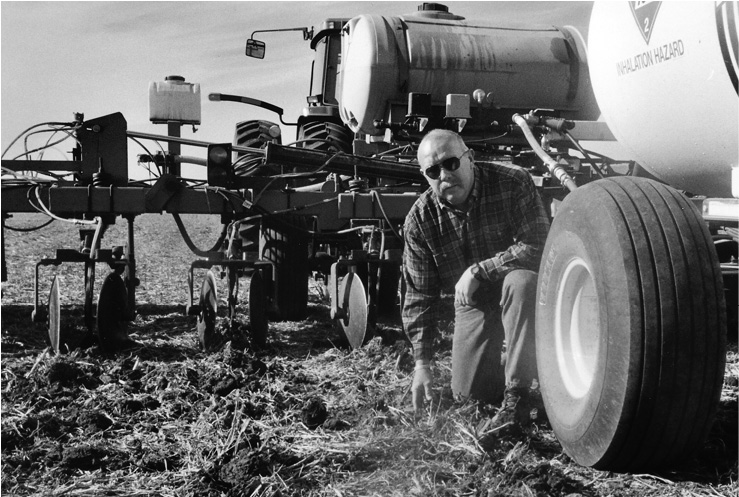 By Dean Fehl posted on February 1, 2006 | Posted in Strip-Till Farming

Yield monitor data indicates this Iowa father and son team may be able to slash nitrogen needs with corn by as much as 80 pounds per acre.

My first “no-tilling” experiences were in 1989 when I planted soybeans directly into old corn rows. I saw immediate labor and fuel savings and harvested yields that were consistent with conventional tilling.

But I was reluctant to try no-till corn because of the high risk that soils covered with heavy crop residue might take longer to warm up and dry out, causing delayed planting and poor stands. As a result, I was “rotating” tillage and wasn’t gaining the benefits from a true no-till system.

A few years later I noticed that the end rows where I planted directly over anhydrous ammonia knife tracks had better corn stands. This observation coincided with reports from Jim Kinsella in Lexington, Ill., about the benefits of strip-tilling. It piqued my interest and so I decided to commit to converting a 17-knife ammonia bar into a 12 row strip-till unit. That decision turned out to be a very good one.

We’ve since graduated to a 16-row DMI strip-till system that we’re pulling through fairly heavy silty clay loam soil with a 250-horsepower tractor.

For those readers not familiar with strip-tilling, the system is fairly simple. Basically, heavy-duty coulters cut through residue while knives set at about an 8-inch depth till and raise the soil into a berm 3 or 4 inches high…