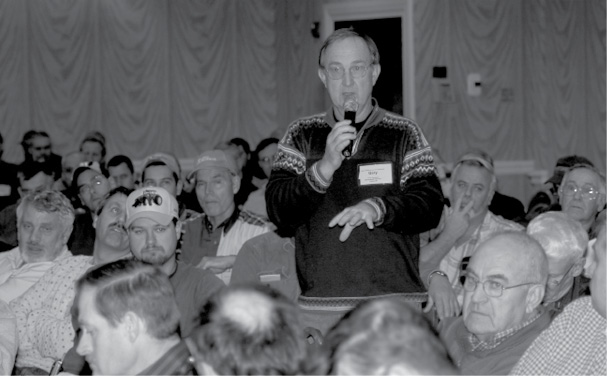 Plenty Of Hot Topics To Pick From As St. Louis Becomes Center Of No-Till World

National No-Tillage Conference provides answers to the most pressing challenges facing growers in the coming season and beyond.

The biggest crowd in years, more than 700 people, attended the 14th annual National No-Tillage Conference in St. Louis and went home with plenty to think about and put to use on their farms.

Judging by the comments of attendees at the Jan. 11 through 14 event, the hottest topics included warnings from University of Illinois researcher Richard Mulvaney about wasted nitrogen and from James Cook of Washington State University about root diseases that secretly steal yields from no-till fields.

Wayne Pedersen, another University of Illinois researcher, also captured lots of attention and might have changed a few minds. He suggested that instead of being alarmed about the need to spray for Asian soybean rust, no-tillers should consider spraying fungicides to increase soybean yields, even if the long-awaited disease never reaches their fields.

And talks on cover crops consistently drew big audiences, with the most popular topic at the previous year’s conference continuing to build momentum among no-tillers.

In a talk titled “Forget What You’ve Learned About Nitrogen Rates — It’s All Wrong,” Mulvaney completely trashed the long-held belief in the proven-yield method. For many years, that standard formula has had growers applying 1.2 pounds of nitrogen per acre per expected bushel of yield.

“We’ve been far off course,” he told the audience, adding, “Only in the last 5 years has the light…

Learn Plenty From These No-Till Experts