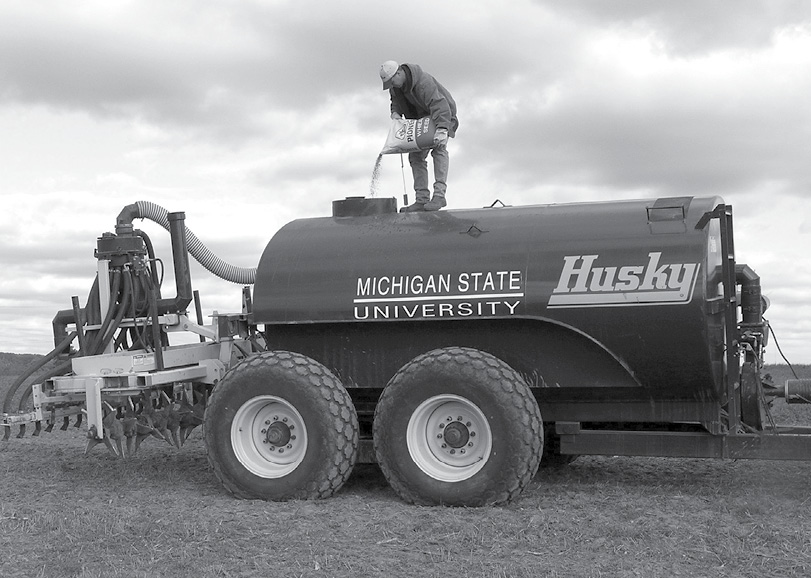 No-tillers with livestock will want to study this one-pass system that saves time and money while improving soil quality.

How would you like to eliminate shallow compaction, inject manure, seed a cover crop, improve soil quality and protect the environment — all in a single pass? All while boosting your chances of increased yields and profits.

Cover crop seed is mixed with the manure slurry in the spreader tank, where a bypass flow system provides tank agitation and seed mixing. In field tests, seed-laden slurry was applied at 5,000 to 6,000 gallons per acre. The slurry flows through drop tubes into the fractured soil behind each set of rolling tines. No other tillage is done.

During the years of experimentation, the MSU research team has compared a range of cover crop seeds with the system, including cereal rye, wheat, annual ryegrass, oil seed radish, oriental mustard and red, ladino and crimson clover. Applications were made from early August though late September following wheat or corn silage harvest.

The tests show that the system reduces tillage intensity, adds tons of organic matter, improves water infiltration and captures nutrients in the root zone. In addition, it addresses head-on the reasons farmers have for not adopting…