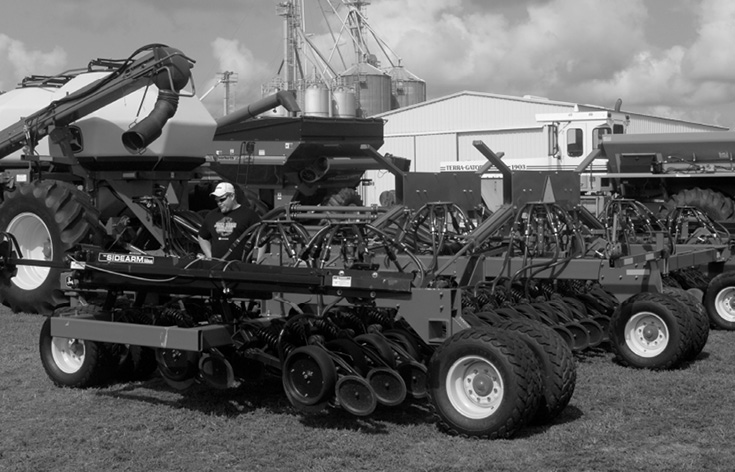 Feeding crops the right amount of nutrients at the best possible time pays big dividends while protecting the environment for this Virginia family.

The Hula family no-tills 5,000 acres of corn, soybeans, wheat, barley and oats in four counties surrounding Charles City, Va. The 100% no-till operation is located along the banks of the James River, which flows into Chesapeake Bay where nitrogen runoff is becoming a major concern.

The family also operates a wheat, soybean, barley and oat-seed production operation, along with a seed-cleaning business.

The primary no-till rotation is corn followed by wheat and double-crop soybeans before going back to corn.

Cover crops, such as oats, barley or wheat, are seeded after small-grain harvest on much of the following year’s corn and full-season soybean acreage. The goal is to keep something growing on these sandy acres most of the year as well as to boost organic matter, conserve moisture and reduce soil loss.

“We don’t till anything,” says Stanley Hula, who farms with his sons David and John.

The family started no-tilling in the early 1980s and has been 100% continuous no-till since 1987. They started with soybeans and later moved to no-tilling corn and small grains on some of the longest continuously cultivated land in North America.

Thanks to being no-tilled in recent years, some of the fields that have been continuously cropped for over 400 years were among the first to produce more than 300 bushels of corn per acre for the Hulas.