Even Without Asian Rust, It Still Pays To Spray

By Frank Lessiter posted on July 1, 2006 | Posted in Crop Protection

Spraying fungicides at the R3 stage should be profitable even without finding Asian rust in your no-till soybean fields.

Instead of worrying about whether Asian rust is going to hit your no-tilled soybean fields this summer, you should consider spraying fungicides, Wayne Pedersen says. The University of Illinois plant pathologist says it’s likely to pay dividends through control of several late-maturing soybean diseases.
“The key is to spray fungicides at the R3 (pod set) stage of soybean growth and hope that you don’t see rust in your fields,” he says. “f you wait until you see and identify rust, it’s too late. As a result, the typical pest management program (scout it, find it and spray it) won’t work with this disease.” 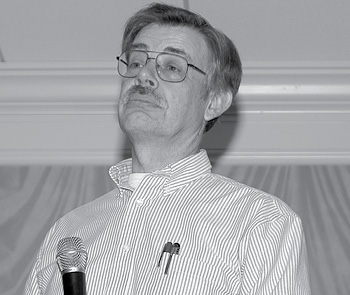 With warm, humid conditions, soybean rust can go from infection to spore production within 7 to 10 days. Rust infects lower plant tissue and the disease moves upward from the lower canopy — defoliating plants from the bottom up.
Since soybean diseases such as anthracnose, septoria, pod blight, stem blight and frogeye leaf spot can reduce yields, he says timely spraying to control these diseases and potential Asian rust outbreaks will pay.
In research done with Illinois Soybean Association and Illinois Soybean Checkoff Board funding in replicated field plots at seven Illinois locations in 2005, Pedersen saw an economic gain or break-even situation for most treatments.
“With several fields suffering from drought stress, we went from an anticipated 40-bushel-per-acre yield to 70 bushels with some fungicide treatments,” he says. “The return on investment for growers was as high as $40 per acre.”

Get Used To Threat Of Asian Soybean Rust