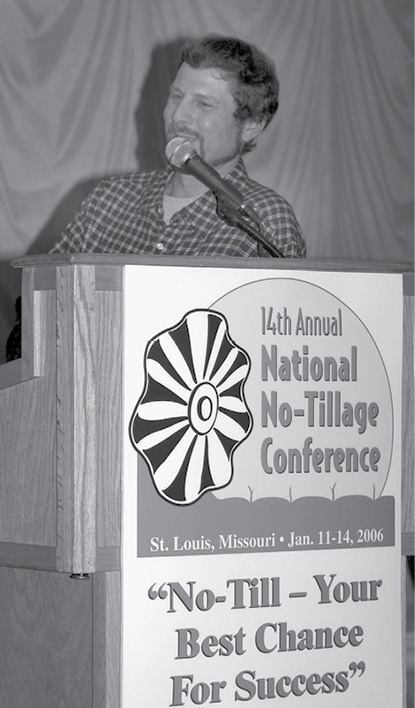 After more than 20 years of no-tilling, Bob Myers finds that the unconventional approach produces better in his fields.

Bob Myers believes in twin-row corn. By no-tilling corn in twin rows, 6 inches apart on 30-inch centers, Myers has been able to push his corn yields to more than 200 bushels per acre.

Myers and his brother, Bill, and his dad, Ivan, grow 1,700 acres of corn, soybeans, wheat and hay in the northwestern Ohio town of Oregon. They started no-tilling in 1983. Time and chance led them to twin-row corn.

They tried no-tilling narrow-row corn in 15-inch rows in 1990. “It didn’t turn out very well,” Myers remembers. “We used a high-population hybrid that didn’t dry down at all and didn’t harvest well with our 30-inch corn head.

Myers also tried strip-tilling to cope with heavy residue that kept the ground from warming quickly enough in the spring. “Our first experiment was stripping rows in soybean ground for corn the next year. We used our John Deere planter with regular row cleaners with two fertilizer coulters working a zone in between,” he says. “The neighbors thought we were nuts because we were using the planter.

“It worked fairly well as far as drying and warming up the soil, but you don’t like to run your planter any more then you have to. In 1999, we rented a strip-till rig with a three-zone coulter on it,” he says…