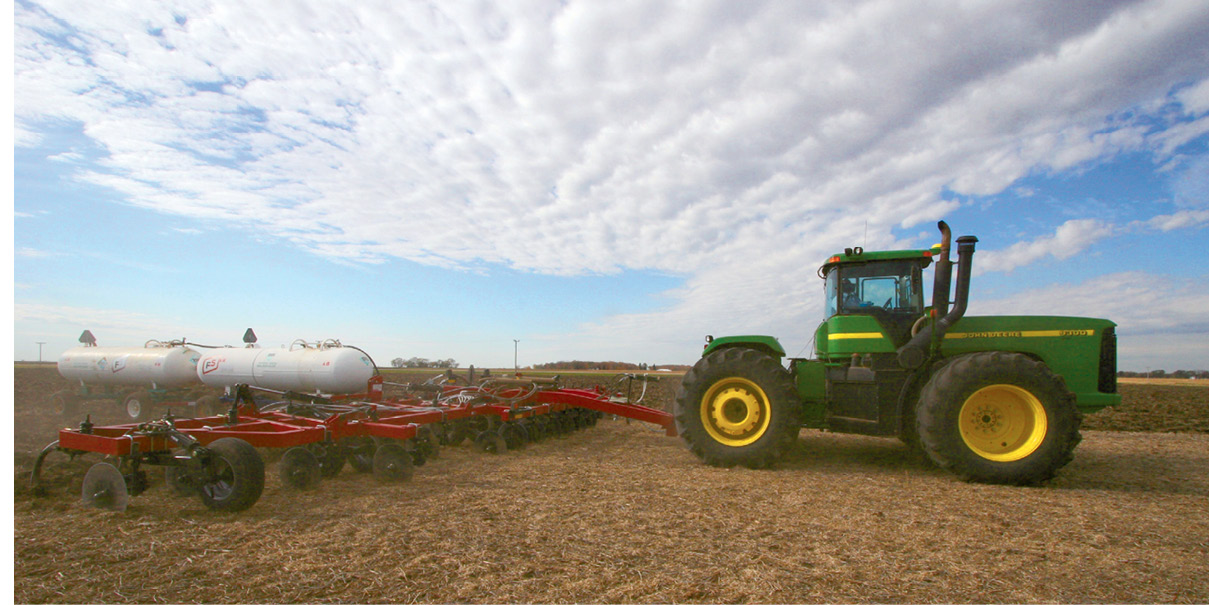 Reduce your spring workload and apply nitrogen more cheaply, but the risk of leaching could leave you short of nitrogen when corn needs it.

When you have a spring season like 2008, you can understand why some growers make an effort to apply at least some of their nitrogen in the fall. But just because you get your nitrogen applied before winter flies, that doesn’t mean it will all be there next spring and summer when your corn needs it.

Thus comes the difficult balancing act for growers. While applying your nitrogen in the spring may be ideal for plant uptake and utilization, that’s your busiest time of the year. Any field delays could hurt your ability to apply nitrogen in a timely manner.

But fall nitrogen application carries with it the risk that some of the nitrogen applied will not be available to the plant the next spring. Heavy spring rainfalls can carry nitrogen out of the soil zone and leave corn lacking adequate nitrogen.

Jay Goos, professor of soil science at North Dakota State University, says there are three ways in which nitrogen can be lost:

Sorting Through The Strip-Till Puzzle Pieces