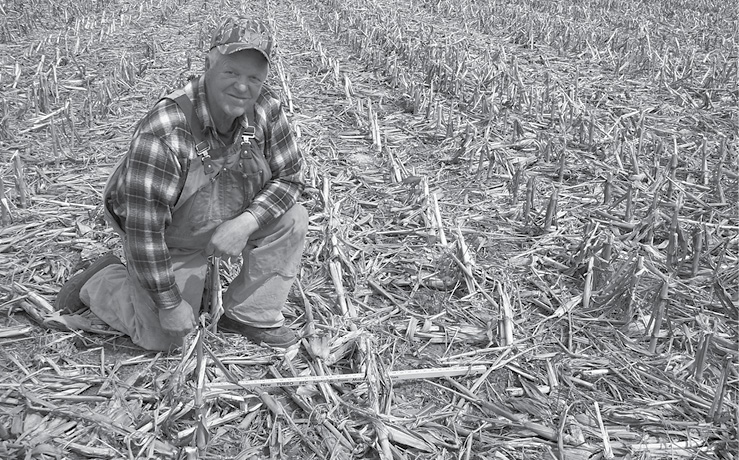 Get Started Right And Keep Advancing As Fields Change

By Phil Pinch and Ron Ross posted on July 1, 2007 | Posted in Seeding & Planting

Deep-slot machine aided the transition to no-tilling, now strip-tilling will help make corn on corn as viable and profitable as possible.

Our gradual transition to conservation tillage began 43 years ago when we parked the moldboard plow and hooked onto a chisel plow in 1964.

In 1993, the chisel plow was also “retired.” That decision came after we realized that if we were going to stay with conventional tillage, we would have to spend a lot of money on bigger equipment and more horsepower.

What we chose to do, instead, was convert to a no-tilling system that combined some new equipment with an older, 8-row machinery line retrofitted to meet our needs.

With a minimum of investment, today we’re no-tilling 1,100 acres, most of it in 20-inch corn and soybeans, plus a profitable 50-acre no-till alfalfa project, in a challenging northern Corn Belt climate.

And we’re doing it with much less fuel, labor and time. We’re not big-acreage farmers, so have keep expenses down wherever we can.

I had read several articles about farmers who were making the move to continuous no-till. Then a trip to a Wisconsin farm show triggered us into action. A fellow there told me about a Michigan farmer named Ray Rawson, who had designed a whole system around solving the inherent problems of no-tilling in cold, wet soil.

We drove to the Farm Progress Show that year and, following a couple of days of talking with…

From Rough Start To Smooth Ride, We Keep Looking

Without No-Till, Farming Wouldn't Be As Enjoyable