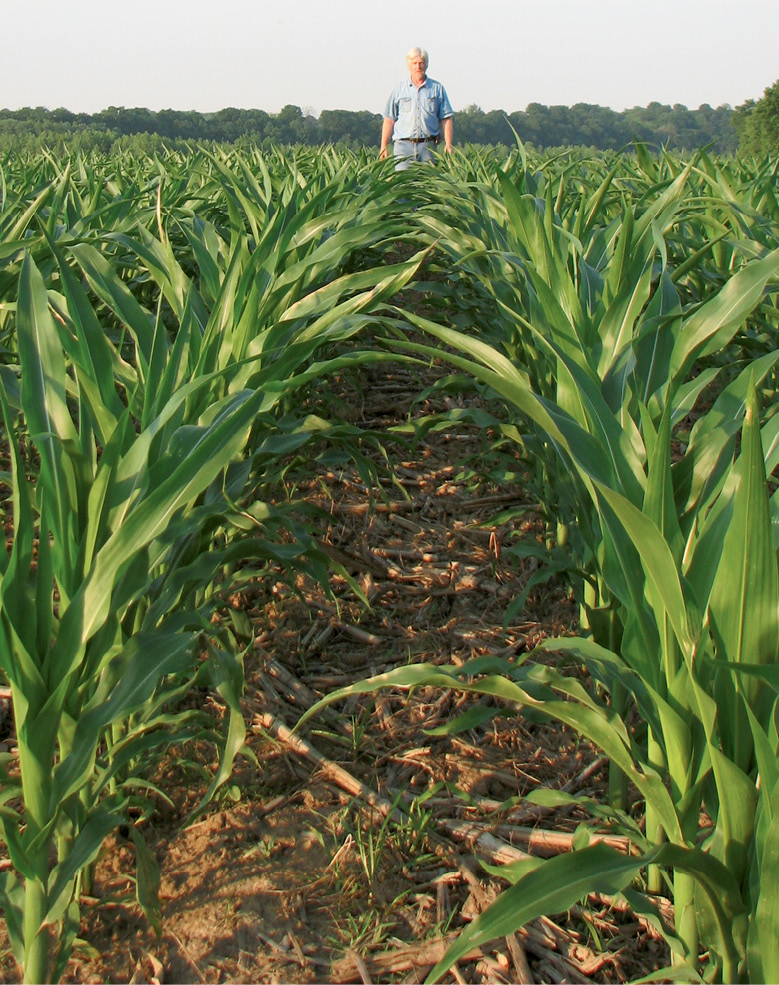 Ray McCormick has been profitably growing corn on corn without the disease and insect outbreaks that threaten to keep many no-tillers in their standard rotations.

Ray McCormick earns a living through good land stewardship. He operates a peach orchard, maintains about 1,000 acres of woods on his property and builds wetlands and mitigation sites for other landowners. And he calls conservation a big part of his 1,500-acre cropping operation, where he grows white corn, yellow corn, wheat, double-cropped beans and full-season soybeans.

After a decade of not growing wheat, he’s returned to the crop and no-tilled about 300 acres last fall on hilly ground because of increased wheat prices. The wheat is double-cropped with soybeans and rotated to either white corn or Roundup Ready yellow corn.

But continuous corn is the staple of this no-till operation at Vincennes, Ind.

A high percentage of McCormick’s ground is floodable river bottom, and on much of it he no-tills continuous yellow corn. “If the land floods out, we will go to soybeans. Some of the ground hasn’t flooded out for years, so it’s been in continuous corn for a long time,” he says. In some fields it’s been so long, he says, that he can’t remember the last time it was in soybeans.

There’s no question about the high ground in the bottoms, though. It’s been in no-till corn the whole time. “We don’t hesitate to no-till corn on corn,” McCormick says without hesitation.

In fact, not counting the wheat fields, 90 percent of his ground is in…