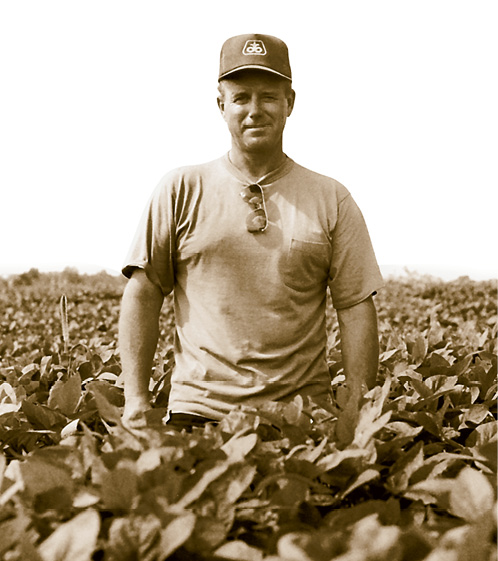 The yield-robbing effects of soil compaction continue to be a major challenge for growers, but proponents of deep-tilling say they have an answer for returning compacted soils to fertile, highly productive acres.

Vertical tillage is described as a system of soil management that promotes root development. It’s also sometimes called “subsoiling” or zone tillage because it’s used to fracture the entire soil profile from the bottom up using specially designed vertical tillage tools. According to the Precision Planting Co., each tillage pass is designed to increase the vertical flow of nutrients, water and developing roots. Tillage points of the tools work to “heave” the entire section of earth from just below the line that separates topsoil from subsoil.

Dick Wolkowski, a soil scientist at the Univ. of Wisconsin, defines vertical tillage as “deep tillage designed to create vertical zones by cutting a slot, shattering and lifting the soil. The system results in minimal soil inversion while preparing the seedbed.” More often than not, he says, it is usually used in response to poor soil conditions often caused by compaction.

A variety of vertical-till implements and attachments have been developed by equipment manufacturers to attack the problem of subsoil compaction and to prepare the soil profile to enhance crop yields. Many of these are shown throughout this article.

To get a better handle on the “whats,” “whys” and “hows” of vertical tillage, we called on Ray Rawson, a grower and a long-time practitioner of zone-tillage, strip-till and no-till in central Michigan for his perspective on the practice. In addition to working his corn, bean and wheat farm in Farwell, Mich., Rawson also works with Brillion Farm Equipment in developing and promoting vertical tillage.

Premium content is for our Digital-only and Premium subscribers. A Print-only subscription doesn't qualify. Please purchase/upgrade a subscription with the Digital product to get access to all No-Till Farmer content and archives online. Learn more about the different versions and what is included.
KEYWORDS compaction fertility fertilizer growth layers oxygen residue root slot soil Soil health strip-till water

Vertical Tillage: A Gateway Tool To, Or Away, From Conservation?