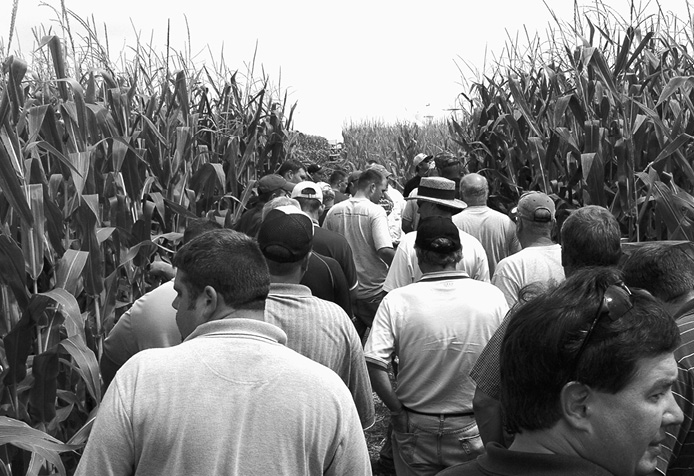 New Quad Stack Protects Against Both Corn Insects And Weeds

Syngenta’s new Agrisure 3000 GT offers a new look at a high-performing stack of corn traits that delivers both weed and insect protection and flexibility.

Featuring a four-way stack that protects the crop against both corn borer and corn rootworm while providing exceptional tolerance to in-season applications of both glyphosate and Liberty herbicides, Agrisure 3000GT is the latest addition to Syngenta’s lineup of high-performance corn traits.

During a recent Syngenta Learning Center field day at Milford, Iowa, company officials explained that the Agrisure quad stack combines the glyphosate tolerance of Agrisure GT with the superior insect resistance provided by Agrisure CB/LL/RW. In field trials, this combination has demonstrated a 42-bushel-per-acre yield advantage over the untreated isoline in field trials.

With built-in tolerance to both glyphosate and Liberty herbicides, the product offers growers a solution for controlling either glyphosate- or glufosinate-tolerant volunteers in corn-on-corn rotations.

Syngenta maintains the genetic integrity of the hybrid by integrating trait genes such as Agrisure 3000GT directly into elite seed lines. The result is a rapid, efficient transfer of the desired DNA into new hybrids for outstanding insect control and herbicide tolerance without compromising the performance of the hybrid.

“Growers can plant this quad stack knowing that they have built-in insect protection and herbicide tolerance in a hybrid that is still going to perform to its highest potential,” Mader…