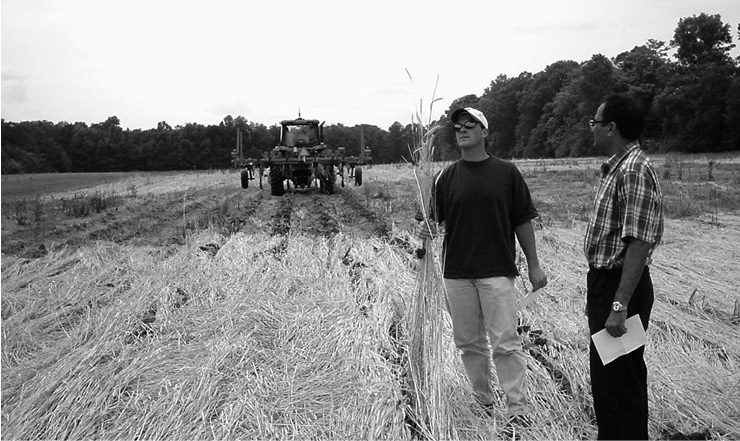 A recent article in No-Till Farmer cautioned that growers should kill ryegrass cover crops before they get taller than 2 feet. Not because a taller crop can’t be killed with a full rate of glyphosate, but because the large amount of residue might be hard to no-till through if it is not managed properly.

If tall ryegrass falls down in multiple directions, it can be hard to cut with the coulters or disc openers on a no-till planter. It also can cause hairpinning problems and uneven seed depth placement, and heavy rye can also make it hard to close the seed slot, according to the source of the story, a researcher in Pennsylvania.

Randy Raper, an agricultural engineer and lead scientist with the Conservation Systems Research Team at the USDA-ARS National Soil Dynamics Laboratory in Auburn, Ala., agrees that such problems can occur. However, he notes that recent research by his team shows that with proper management, taller rye cover crops can improve water management and weed control.

“Many farmers in the southern U.S. have successfully managed extremely large amounts of biomass from their rye cover crops without planting problems,” Raper says. “We find that if we don’t have maximum cover crop yields, soils in the Southeast do not get as much water management benefits from the cover crop and the cover crop will degrade and disappear by early summer.”