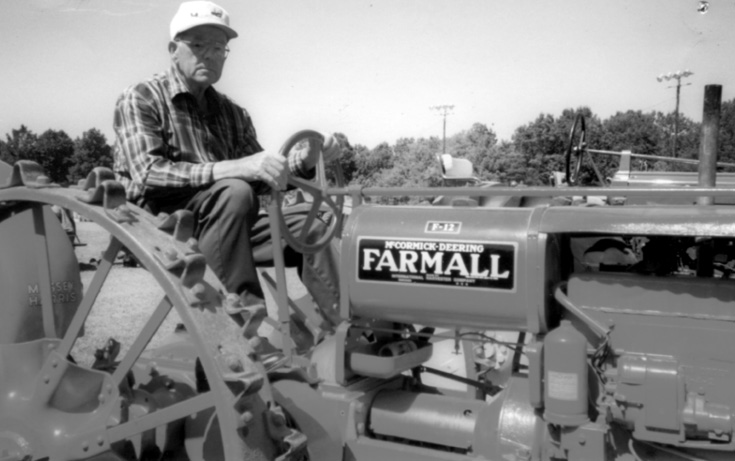 No-Till Pioneer Looks Back To Learning As He Went Along

Luther Welch has been refining his methods throughout his 5 decades as a no-tiller.

Necessity pushed Luther Welch into no-tilling. “The profits kept getting smaller and smaller, so we needed to farm more acres to survive,” he remembers.

“It made sense to try no-tilling: you didn’t have to keep going over the land many different times and wearing out expensive equipment before you planted your crop. And no-tilling also was good for keeping down erosion.”

But in the beginning, there really wasn’t any good source of no-till information. “I have been no-tilling since the late 1950s,” says the 76-year-old Welch. “I was no-tilling 5 years before any agricultural schools recommended no-till for wheat. In fact, the universities at first said no-till wouldn’t work for wheat.”

But this Heathsville, Va., producer wasn’t deterred. He experimented on his farm, looked at various methods and discovered what worked and what didn’t.

“To be honest, at first I really didn’t even know what I was doing,” Welch admits. “It was just an idea that I followed through with. And it worked out great.”

Welch started no-tilling before he even owned a no-till rig. And his first no-till ground was tucked in the back corner of his farm so he could experiment out of sight of his neighbors.

“We were working the ground to death,” Welch says. “That was the standard practice at the time. I wanted to see if I could do things differently.

“We started no-tilling about half the crop, with the other half the conventional way,” he recalls. “I found that all that…

Premium content is for our Digital-only and Premium subscribers. A Print-only subscription doesn't qualify. Please purchase/upgrade a subscription with the Digital product to get access to all No-Till Farmer content and archives online. Learn more about the different versions and what is included.
KEYWORDS Corn Equipment Lime Luther Welch museum no-tilling roots Virginia

Plenty Of Hot Topics To Pick From As St. Louis Becomes Center Of No-Till World