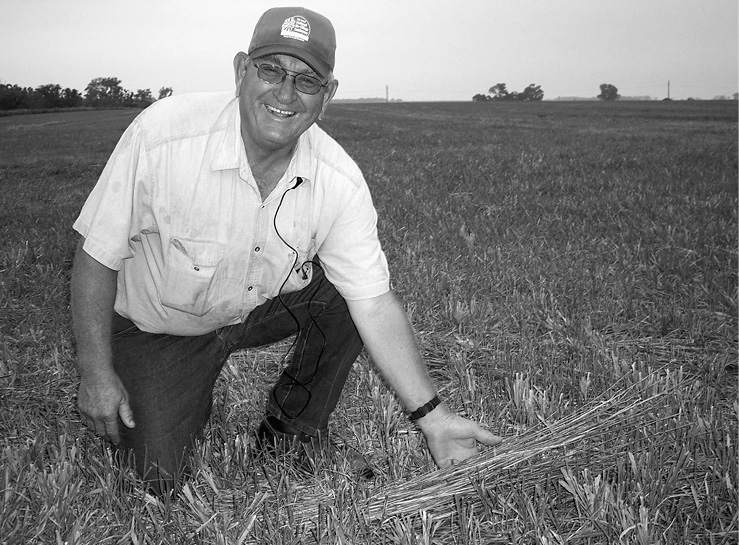 Double-Cropping And Cover Crops Work Even In The North

The first time I saw what Dwayne Beck was doing on the irrigation research farm near Redfield, S.D. (before he developed the Dakota Lakes Research Farm), I knew we were on the verge of a new type of crop production in our area.

That was during a period of drought when Beck’s vivid green, no-tilled plots of corn and soybeans stood out like an oasis surrounded by bone-dry fields of wheat that, with only a little imagination, resembled a desert.

Our own farm is less than 50 miles from those plots, which made an indelible impression. I wondered how we could turn Beck’s lessons into better and more consistent farm income.

Our semi-arid region of South Dakota, where we average 20 to 21 inches of annual precipitation, has dealt us some extreme weather fluctuations during the past couple of decades.

Precipitation totals from 1991 to 1995 were the greatest in more than 100 years of climate recordkeeping. Our summers of 1992 and ’93 were the coldest on record.

And, while we have more recently reverted to about “normal” conditions, we didn’t get a drop of rain between June 10 and mid-August this past summer.