No-tillers simply can’t manage most effectively without measuring crop data. That’s why getting involved in a “measure to manage” program will lead to higher no-till profits.

Ask Jim Leverich to list the keys to success with no-till corn and he’ll quickly rattle off a half dozen items:

Besides no-tilling 400 acres at Sparta, Wis., Leverich works as the on-farm ag research coordinator for the University of Wisconsin. Having no-tilled for nearly 25 years, he’s convinced that “measuring to mange” with on-farm plots is essential for boosting no-till profitability.

This means determining the critical no-till concerns for your fields and deciding how to overcome these problems. “What you want to end up with is a nice uniform corn stand and good ears coming off these fields that make profitable yields,” he says.

Leverich is convinced that moving to even narrower rows is one of the keys to boosting no-till yields. 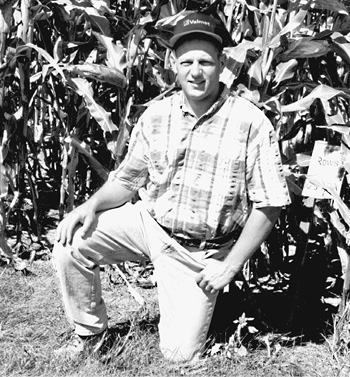 “Several years back, I evaluated a number of research articles and found a 12-bushel increase by shifting from 38- to 30-inch rows,” says the fifth-generation farmer. “There was another 10-bushel increase dropping from 30- to 20-inch rows and a 3-bushel boost going from 20- to 15-inch rows.”

In 2002, Leverich found even more yield difference, with a gain of 23 bushels per acre by shifting from 30- to 20-inch rows. While he believes plant spacing is the major reason for improved yields, he’s convinced there’s a need for doing a better job of accurately dropping corn kernels.

Premium content is for our Digital-only and Premium subscribers. A Print-only subscription doesn't qualify. Please purchase/upgrade a subscription with the Digital product to get access to all No-Till Farmer content and archives online. Learn more about the different versions and what is included.
KEYWORDS bands Corn fertilizer narrow rows nitrogen placement planter rows seed soil test plots University of Wisconsin Wisconsin

Why Starter Is Critical With No-Tilled Corn