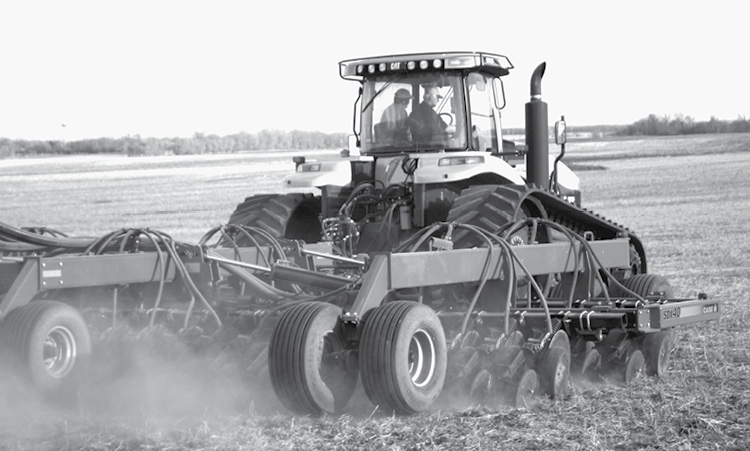 There are options for dealing with excessive no-till residue.

Under the no-till conditions outlined above and with this style of seeding unit, my thought is not to try to chop or cut the residue. In my opinion, standing residue leads to more effective cutting with disc seeders that are used under low-moisture conditions.

Kiles’s drill appears to be a Case Concord drill equipped with shanks. Such drills don’t work well under high-residue conditions, the reason he feels he needs to chop the straw. I’ve also seen Concord drills raking up large amounts of straw, especially if the residue is damp or not evenly distributed by the combine. 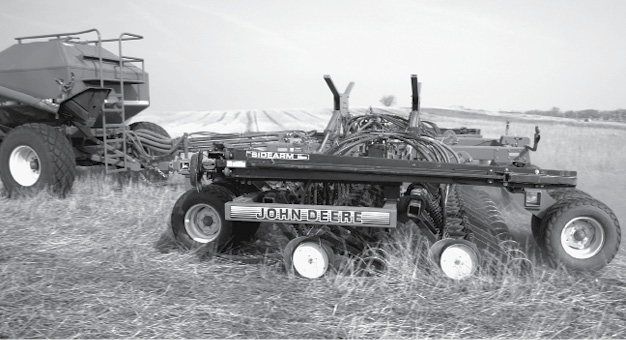 Shelbourne Reynolds, the company that makes the Stripper Headers, built a prototype-trailed cutter bar about 10 years ago. It was nearly 50 feet wide and was pulled with a tractor.

It had three cutter bars mounted 6 to 8 inches apart to cut the wheat straw after the field had been harvested with a stripper header. However, they had a hard time cutting the residue, as much of the straw was pushed forward.

Another option is to mount a rotating flail shredder below a standard cutter bar. Some companies make them in Europe and their performance is good, but they take plenty of horsepower.

6 Advancements That Have Helped No-Till Grow