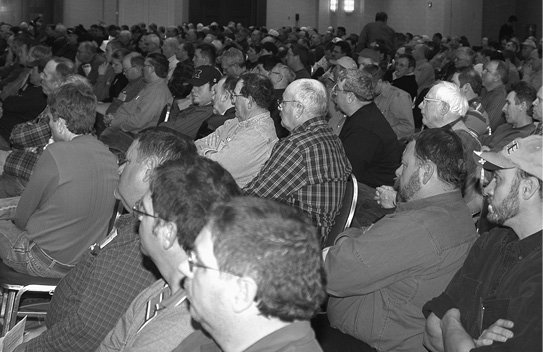 What To Expect Weather-Wise In 2007

By Elwynn Taylor posted on March 1, 2007 | Posted in Water Management

Corn yield has been much more variable during the past 5 years than was the case in the previous 5 years. Even so, the corn yield has averaged above the long-term national trend line over the past 4 years.

A similar run of above-trend years occurred in 1984 to 1987, with a major drought occurring at each end of this time span. On average, a new record corn yield is achieved every 4 or 5 years. While improved genetics and management get credit for the consistent improvement, changing weather conditions lead to somewhat erratic yields over a period of years.

There’s no doubt that weather is the major uncontrollable risk factor in agriculture. While the weather is not controllable, the risk is manageable. Widespread drought in the Corn Belt is occasional, the most recent having occurred in 1988. Even the 1988 drought did not decimate crops grown in the western Corn Belt, but it reduced yields by 30 percent over much of the central and eastern portion of the Corn Belt.

Serious drought tends to follow a 19-year cycle, and unfortunately, the next 4 years fall into the higher risk portion of this cycle. Even though there are some indications of increased corn production risk, global weather trends appear to favor a good start for the 2007 crop season.

Premium content is for our Digital-only and Premium subscribers. A Print-only subscription doesn't qualify. Please purchase/upgrade a subscription with the Digital product to get access to all No-Till Farmer content and archives online. Learn more about the different versions and what is included.
KEYWORDS climatology cycle drought El Nino La Nina Management Rain risk trend trends weather

Weather Patterns Changing For The Better