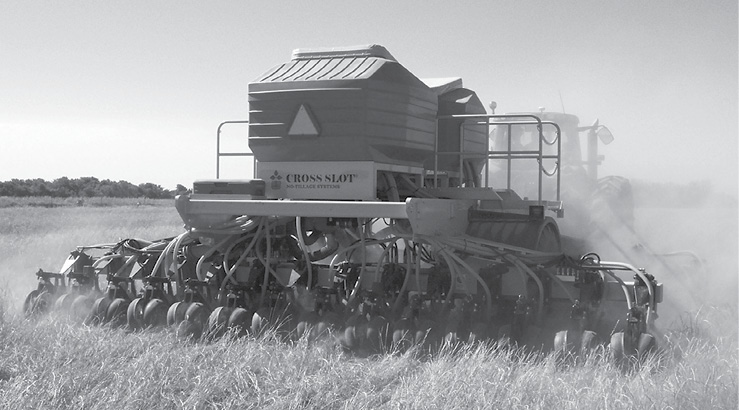 Fixing Flaws Of No-Till In Infancy Led To Opener

Some 41 years ago, when a few colleagues and I began what would become a three-decade scientific effort at New Zealand’s Massey University, we did not set out to invent a new no-tillage system.

Our initial goal was to find the weak points in pioneering no-till efforts and see if we could correct them. It was many years later that our scientific work culminated in the Cross Slot No-Tillage System.

Back in 1967, no-till planting and direct-seeding were in their infancy around the world. There was very little conclusive research data to turn to. Planters and seeders that could successfully handle residue or place seed at uniform depths in untilled soil were nearly non-existent.

We didn’t fully understand the effect that annual tillage (or the lack of tillage) had on soil biology and quality.

And to put it into a perspective many American no-tillers can appreciate, it would be another 25 years before Frank Lessiter would hold the first National No-Tillage Conference!

Anyone with even a tiny bit of vision could see in those early years that no-tilling had a lot to offer from a conservation point of view. And some early attempts at reducing or eliminating tillage looked very promising.

But wherever we went, reports of no-till failures, especially in extreme climate areas like Australia, were creating hurdles much too high to allow a fast shift away from conventional tillage.