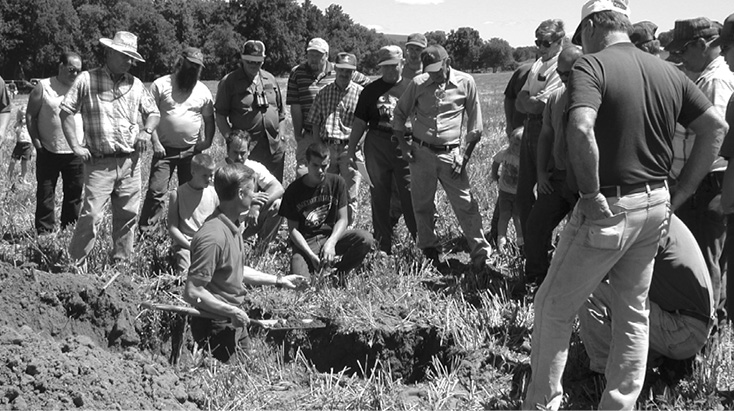 Your No-Till Soils Could Stand Some Improvement

By Darrell Bruggink posted on May 1, 2008 | Posted in Soil Health

Penn State soil scientist says there are several things you should do to make your no-till soils perform even better.

Just because you are no-tilling, it doesn’t mean that you are doing the best you can for the soil structure of the land that you farm, Sjoerd Duiker says.

“We can have a no-till system that is very poor,” says the Penn State University soil scientist. “For example, when harvesting corn silage, we don’t return any residue to the soil. With pure alfalfa stands, we’ve noticed that toward the end when stands thin out, we see hard soil conditions and high levels of runoff.

“The challenge is how we design a high-quality no-till system.”

While no-till has long been promoted as a tool for controlling soil erosion, Duiker says it’s time for farmers to move beyond the fact they are simply no-tilling the land. They need to make an effort to improve their no-till system to achieve soils that:

However, Penn State studies have shown that the big difference in soil loss and runoff between no-till and reduced-tillage systems, like chisel plowing, doesn’t occur immediately after tillage, but rather after canopy closure and, in the case of the Penn State studies, silage harvest.

Take The Pressure Off Your No-Till Soils

Some of Your Friends Live Underground