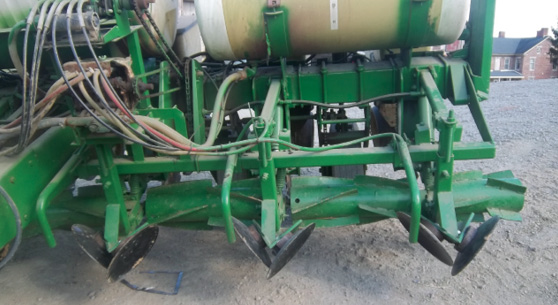 A Pennsylvania no-tiller has created a special system for his corn planter that rolls and crimps cover crops and plants in one pass.

Charles Martin, who no-tills 180 acres of corn for feed and silage near Loysville, Pa., says the modified planter lets him clear a path for the seed row and plant in a standing cover crop of small grains or annual ryegrass. The pass also kills some cover crops at certain stages.

“We need to get sun into the ground in the spring, and we’re saving a burndown trip with the sprayer,” he says.

The setup begins at the planter bar of his John Deere 7000, where fertilizer coulters would normally be mounted.

Special opening discs move cover crops to the side and clear a path in the soil for seed to be planted. The row-cleaner discs have an extra sharp angle to create more of a scraping action and avoid excessive soil movement.

Behind the opening discs, six rollers that Martin created from 6-inch-diameter pipe roll down and crimp the cover to kill it. 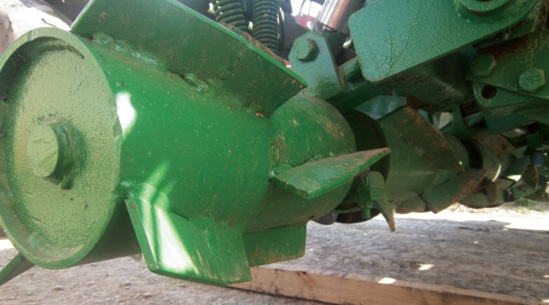 “Each one of the rollers is separate between each row, so they can follow the terrain of the ground,” he says.

Behind the rollers, a no-till coulter loosens the soil before the planter row unit does its work.

Depending on field conditions, Martin can adjust the down pressure on the row cleaners with the tractor remote as he plants through wheat, barley, oats or annual ryegrass.

‘Quadbaler’ Swaths And Bales In One Pass